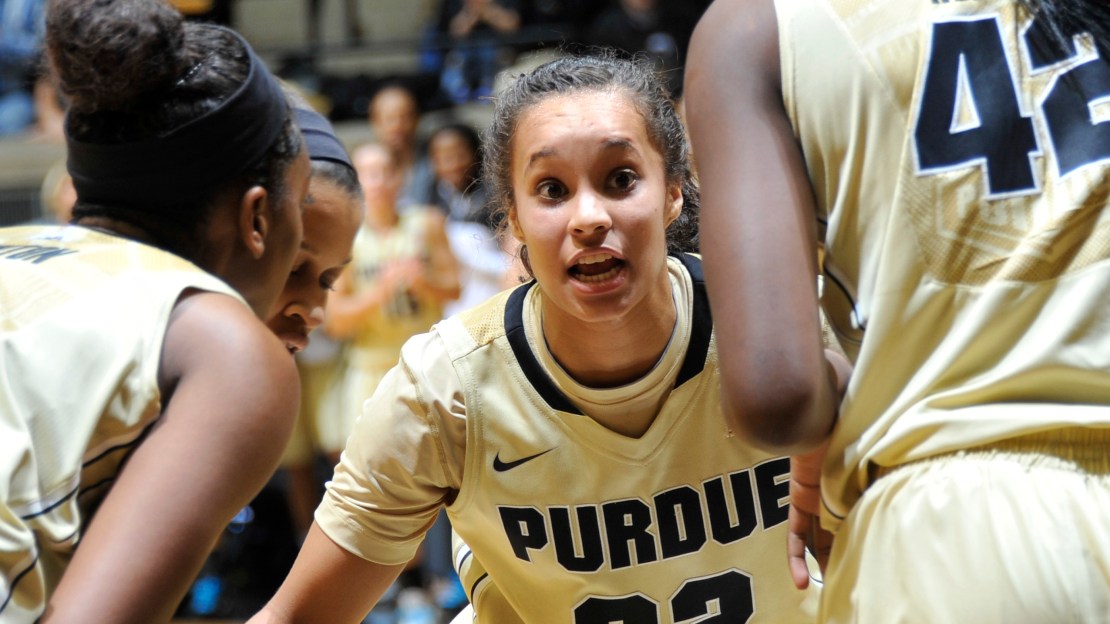 It was a busy day on the Big Ten women's hardwood, as 10 of the conference's 12 teams are in action. The highlight of the day? That would be No. 21 Purdue going on the road and upsetting No. 14 Penn State, 84-74. Catch up on all the scores, stats and recaps in this post.

IOWA 82, WISCONSIN 65 | RECAP
Iowa led from start to finish, sprinting out to a 16-6 lead, and never looked back en route to its 82-65 win at rival Wisconsin. Bethany Doolittle and Ally Disterhoft each scored 20 points and Samantha Logic flirted with a triple-double (16 points, 11 rebounds, 7 assists) to lead the Hawkeyes.

NEBRASKA 75, ILLINOIS 56 | RECAP
(AP) Emily Cady had 19 points, 10 rebounds and three assists as No. 16 Nebraska rolled to a 75-56 victory Sunday over Illinois. Cady made 6 of 9 from the floor and made all six free throw attempts for Nebraska (12-3, 2-1 Big Ten). The Cornhuskers bounced back after having their five-game winning streak snapped by Michigan State Thursday night. Jordan Hooper scored 22 points and grabbed nine rebounds and is now just 10 points shy of scoring 2,000 career points.

MICHIGAN STATE 79,  MICHIGAN 72 | RECAP
Two baskets from junior Becca Mills and perfect free throw shooting down the stretch, pushed the Michigan State women's basketball team past Michigan, 79-72 on Sunday afternoon at Crisler Center. The Spartans (11-5, 3-0), who sit alone atop the Big Ten standings, have won 22 of their last 24 games against the Wolverines (11-5, 2-1). It was the lone meeting of the season between the two schools.