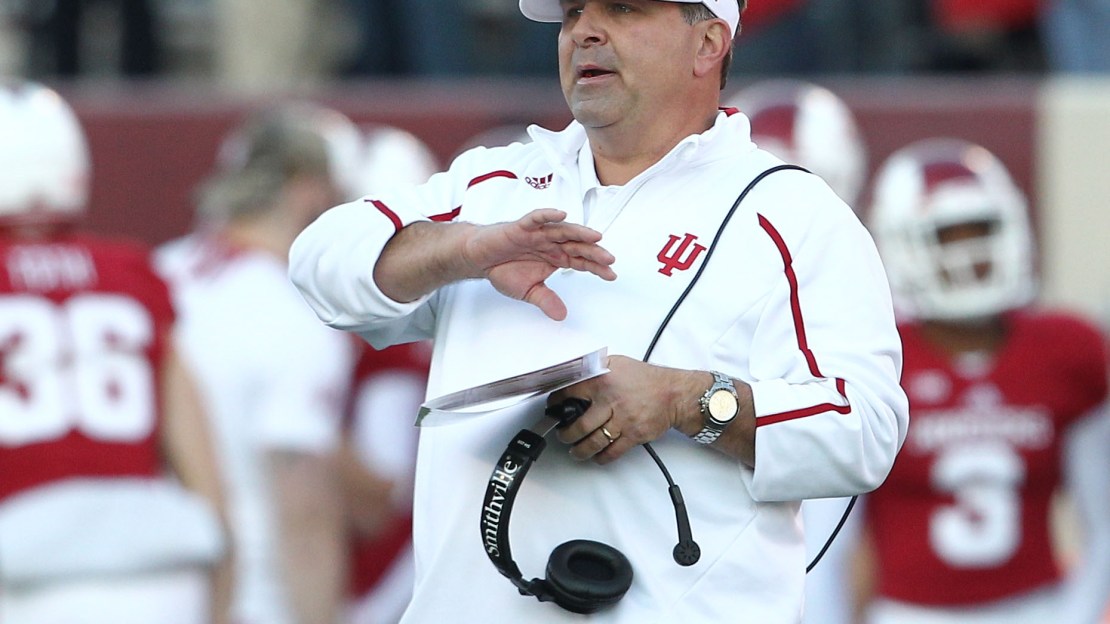 Can?t say it was a shock to see the release from Indiana that announced defensive coordinator Doug Mallory and defensive line coach Jon Fabris won?t be back. Wilson had to do something. The Hoosiers defense was an abomination in 2013 and a big reason why the school failed to reach a bowl for the sixth season in a row, as Indiana finished 5-7 overall and 3-5 in the Big Ten.

?Doug and Jon are solid coaches and good men,? Wilson said in a statement. ?We appreciate everything they have done for IU Football and wish them both the very best moving forward. We are excited about the future as we continue to build our program in a positive way.?

Check out these numbers from 2013.

Since Wilson arrived for the 2011 season, the Indiana offense has done its part, often posting some of the best numbers in the Big Ten with a quick-paced style. Yes, that style often puts pressure on the defense. Still, Mallory?s unit wasn?t making a modicum of progress. To finish over .500, Indiana doesn?t need a steel curtain defense; it just needs a decent defense.

Speaking of progress, Wilson may be under some pressure in 2014 to show some more. Again, Indiana was close in 2013. Wilson's win totals have gone from one, to four to five. But, it?s time for the Hoosiers to get over the hump and punch their bowl ticket.

The Mallory name is royalty in Bloomington, as Doug is a son of legendary Indiana coach Bill Mallory. But Doug-who has been on Wilson?s staff all three seasons–had no magic for a defense that on an annual basis is almost always a weakness for the Hoosiers.

If recruiting rankings are accurate, Indiana has been accumulating some talent on defense. Defensive linemen Darius Latham and David Kenney and defensive backs Antonio Allen and Rashard Fant all came to town as touted prospects.

Who will take this coordinator job? Wilson may be hard-pressed to find a hot commodity to leave a good job to join an Indiana program that will be at a crossroads. Likely targets will be older coordinators who are out of work or in jobs at lesser schools. Or, Wilson could tab a young hot shot from a smaller school.

No doubt, this will be the defining hire of Wilson's tenure.