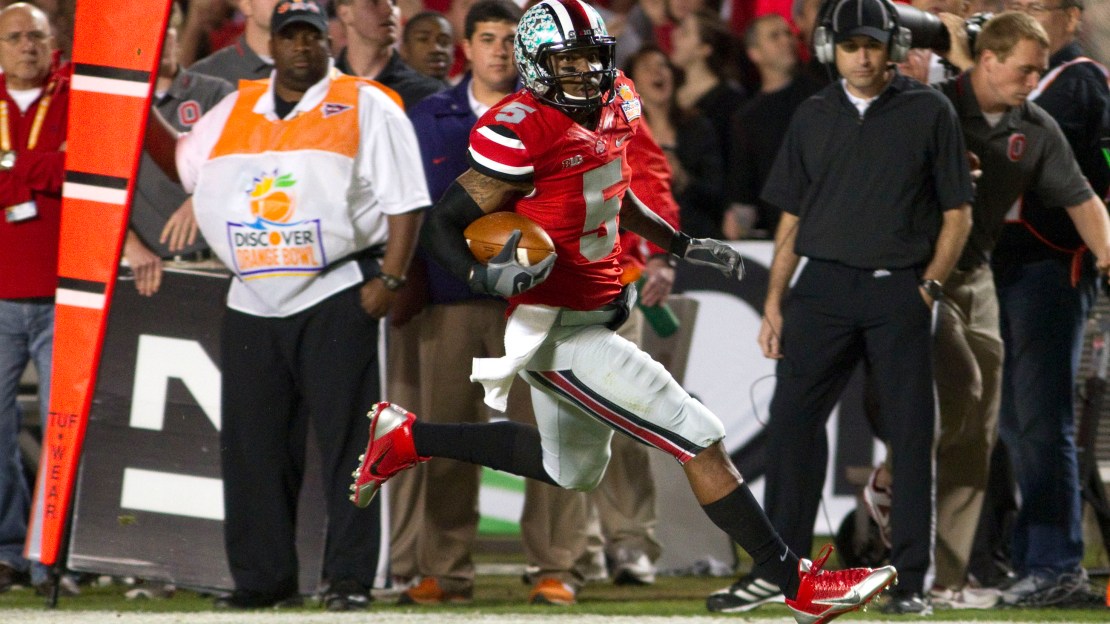 What was speculated is now official: Braxton Miller will return for his senior season. The school issued a statement tonight about Miller's decision to return to Ohio State.

?I want to help this team win a Big Ten championship next year,? said Miller in a statement. ?Plus, I want to improve as a quarterback in all aspects of my game. I?m looking forward to working for another year with Coach Meyer and Coach Herman.

?And I want to graduate, so this will help get me closer to my academic goal.?

Yes, Miller is a great college quarterback. But I don?t think his skill set will translate to the NFL.

Miller is a two-time Big Ten MVP who led the Buckeyes to a 12-2 mark last season. Had Miller left, the quarterback situation in Columbus would have been in big-time flux.

With super-sub Kenny Guiton graduating, Miller will be the lone upperclassmen at his position next year. Ohio State?s scholarship quarterback ranks include only two other returning quarterbacks: Cardale Jones, who will be a third-year sophomore next season, and redshirt freshman J.T. Barrett. Jones took snaps in only three games this past season while Barrett ran the scout team.