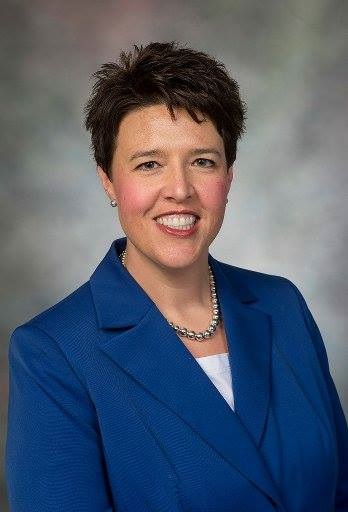 The fan experience at Indiana University?s Assembly Hall is about to change for the better, thanks to the second largest donation from a woman in the university?s history. The 42-year-old building will see much needed renovations over the next few years thanks to a $40 million investment.

Cindy Simon Skjodt, the IU alum responsible for the gift, also happens to be a founding member of the Women?s Philanthropy Council at IU, which recently named a new director in Michele Boillotat, CFRE.

?I was drawn to the program because it?s one of the best in the country that focuses specifically on women,? said Boillotat. ?I?ve been working with women my entire career - whether it?s collegiate women or alumni from different sectors - and I?ve never seen anything as well thought out as this program.?

Boillotat comes to Indiana after previously working with foundations at Rice University and Dartmouth College. She said the unique environment that IU presents to women is what brought her to Bloomington, Ind., where she joins one of the leading women's philanthropy groups, Women's Philanthropy at IU.

?This program does a wonderful job of engaging Indiana women, whether they want to have an impact on their local vicinity, their alma mater, or the world,? Boillotat said.

The commitment to philanthropy starts at the top at IU. Laurie Burns McRobbie, wife of IU President Michael A. McRobbie, is also a founder of the Women?s Philanthropy Council and serves as its honorary chair.

?At IU, because we have been so strong in the academic study of philanthropy - the study of every aspect of the non-profit sector - we are at the forefront of what?s happening across the country,? said McRobbie.

That research, which is available online, is the foundation of the program moving forward. The Women's Philanthropy Institute has done a tremendous amount of research into how, and why, women give their time and resources. Between the WPI and the Women?s Philanthropy Council, IU offers tons of opportunities for women who want to get involved.

Last year, the council awarded more than $120,000 in grants to organizations, and is currently accepting applications for 2014 Grants. The application deadline is Feb. 28. Click here for more information.

Both McRobbie and Boillotat emphasized that social media has become a critical way for women to connect on all things philanthropy. The group created a Women?s Philanthropy at Indiana University page on Facebook, where you can learn more about the WPI and the Indianapolis Women?s Philanthropy Conference, hosted each year in November. Also, this April, the WPI will host the #WomenLeading Philanthropy Symposium in Chicago, Ill.