Spartans land at No. 3 in final polls 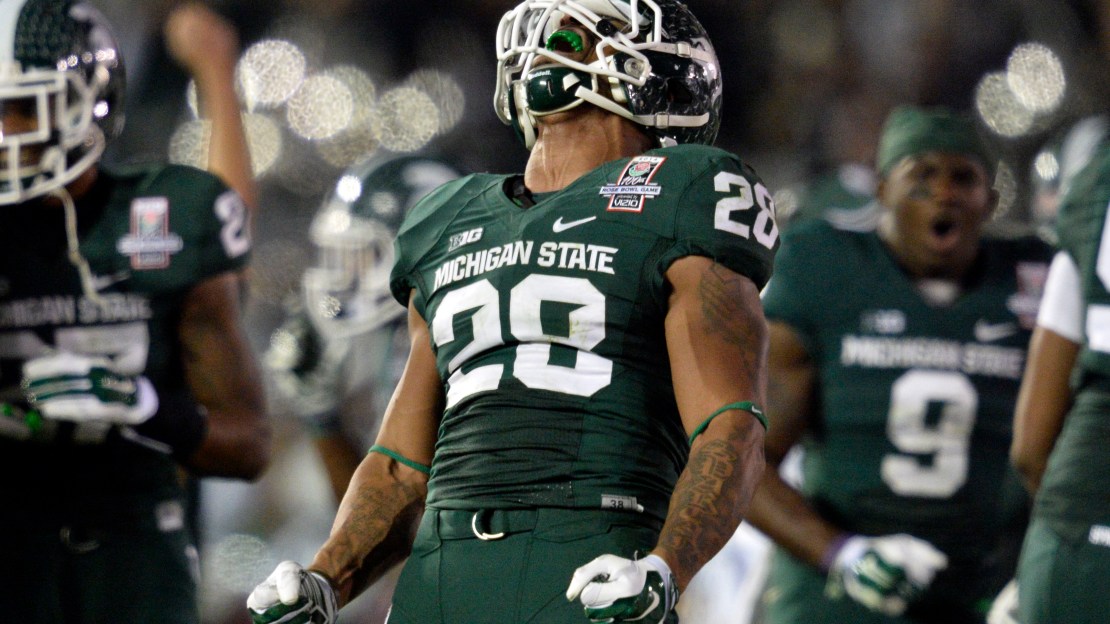 The final polls are out, and Michigan State is No. 3 in the AP and Coaches polls – see the full lists here. The results are really no shock. I think the Spartans could have made a case to be ranked as high as No. 2. But, Auburn got that spot, even though the Tigers lost the BCS championship game to Florida State. Had Auburn been blown out by the Seminoles, Michigan State likely could have secured the No. 2 slot.

The Spartans have a very good resume, winning all of their Big Ten games by double-digits. Then, they knocked off a top-five ranked Stanford team in the Rose Bowl as an underdog to cap a 13-1 season that will go down as one of the greatest in school history. It?s just too bad we could not see MSU take on FSU or Auburn in a four-team playoff, which is coming next season. The Spartans ended the season playing as well as any team in America.

Ohio State (12-2) comes in at No. 12 in the AP and No. 10 in the Coaches.  I?m more inclined to agree with the No. 12 ranking. This was a Buckeyes squad that limped across the finish line, falling to Michigan State in the Big Ten title game and then to Clemson in the Orange Bowl.

Just think: It wasn't long ago the Buckeyes were thinking "national championship." Over its last three games, OSU allowed a combined 115 points and 1,617 yards as the Buckeyes now have a two-game losing skid after winning 24 in a row. Ohio State didn?t impress with its schedule, as it had no impressive non-con wins and topped three Big Ten bowl teams (Wisconsin, Iowa, Michigan) and Penn State. Oh, and all of those Big Ten teams lost their bowl game.

Wisconsin (9-4) comes in at No. 22 in the AP and No. 21 in the Coaches. Like Ohio State, the Badgers scuffled at the finish. Wisconsin allowed an aggregate 65 points and 651 passing yards in losses to Penn State and South Carolina in the Capital One Bowl to close what at one time was a very promising season. When push comes to shove, the Badgers had a so-so resume.

The best wins in hindsight? At Iowa, vs. BYU and at Minnesota. Some wondered if Wisconsin even should have been ranked to end the season. I would have included the Badgers in my final poll.