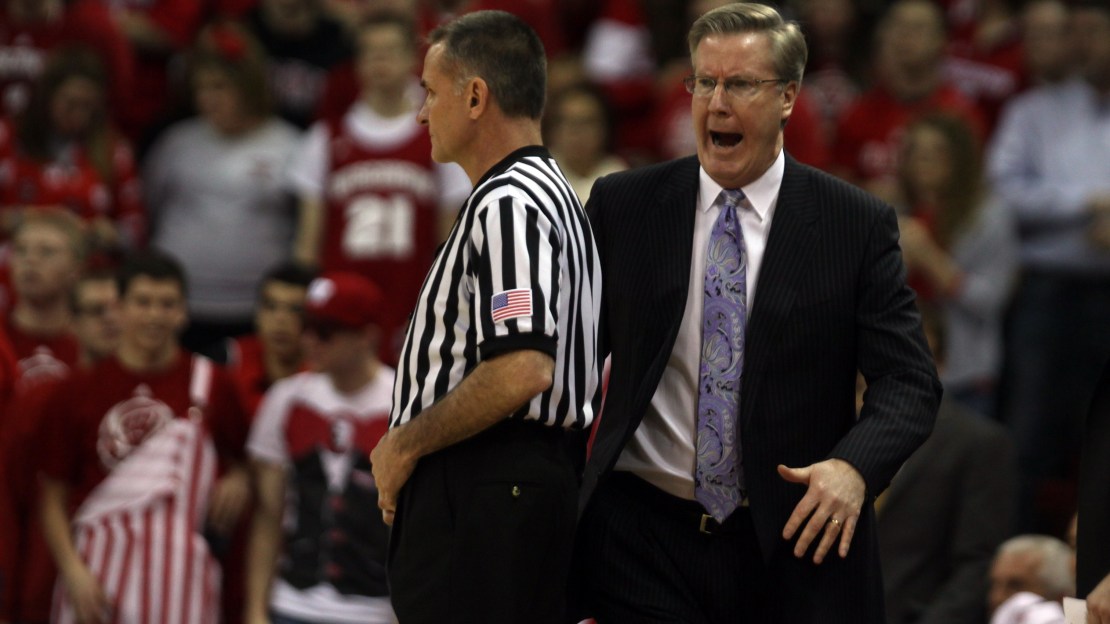 Iowa basketball coach Fran McCaffery was not happy with the officials Sunday night, and he let the crew knew about it during a timeout in the second half of Sunday's loss at Wisconsin. It appeared that McCaffery was upset about a foul being called on the previous play when Iowa forward Gabe Olaseni was whistled for a hand check foul on Wisconsin's Nigel Hayes.

A wild scene just broke out at the Kohl Center, & it resulted in an ejection for Iowa coach Fran McCaffery. WATCH – http://t.co/pywdJ94vaw

McCaffery was hit with a technical foul for arguing, and then he was called for another one and ejected after he made contact with an official. McCaffery got his money's worth, though, and had to be restrained by his assistants before finally exiting the court at the Kohl Center.

McCaffery addressed the media following the game and was asked about his ejection.