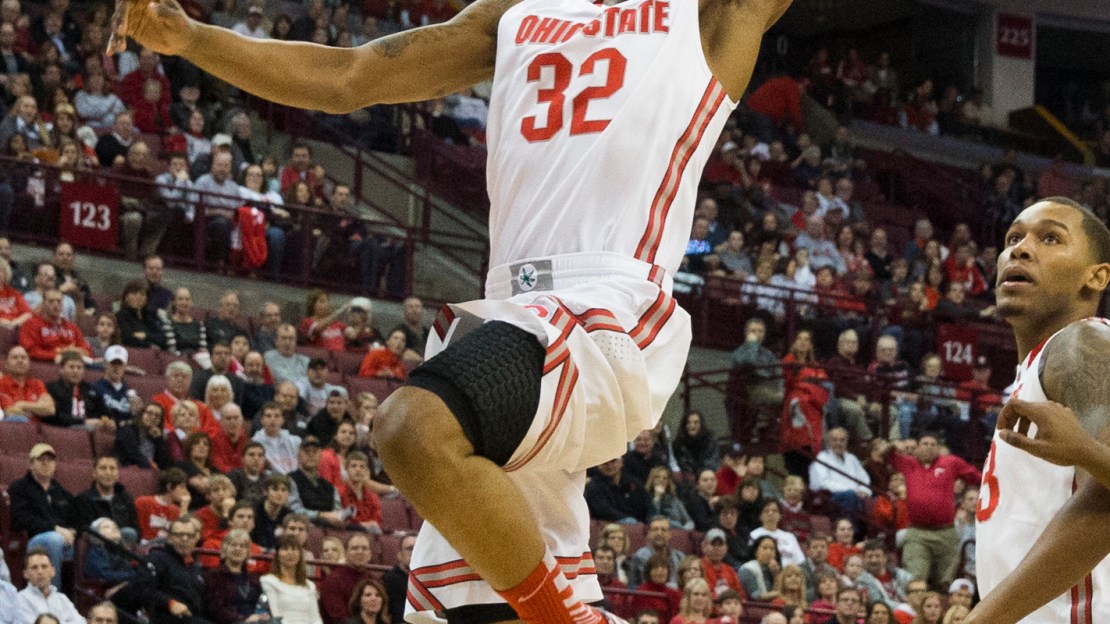 It?s finally here: My first edition of Big Ten Three-Pointers, my weekly fun and informative look back and forward around the Big Ten hardwood. We offer up scoreboards and other features like BTN Connect daily, of course, but I like to take a concentrated look at the week in one special take. I also have a few notes for you to keep in mind before we dive in.

Stay in touch with me via my BTN .com mailbox – I get lots of mail and it's fun to hear from fans. Let's keep it civil and let's keep it fun. I'm also on Twitter (@BTNTomDienhart).

1. Wisconsin. Bo Ryan has had some terrific teams since assuming command in Madison in 2001-02. The Badgers are playing their usual suffocating brand of defense. And this may be Ryan?s most skilled offensive team. Add it all up, and you can see why this may be Ryan?s first Final Four team in a Hall-of-Fame career.

2. Ohio State. Yes, offense doesn?t look to be a strength of this club with the likes of DeShaun Thomas gone. But defense is. Oh, and any team that has Aaron Craft has a good chance to win every game it plays. He leads the nation in intangibles-and it?s not even close.

3. Michigan State. Hey, it?s always a good time to buy Spartans? hoop stock, right? MSU has had some issues staying healthy this season. And the rebound has been spotty at times. But, in time, this club will convalesce and crash the glass. And, when it?s hitting on all cylinders, the Spartans are a national force that has been steeled by another rugged non-conference schedule. I already am looking forward to MSU?s Feb. 9 visit to Wisconsin.

1. Michigan. News of Mitch McGary undergoing back surgery is scary. Could he be done for the season? Hmmm. Maybe. Add that uncertainly to the fact the Wolverines still are searching for consistent point guard play and Glenn Robinson suffered an ankle injury last night that no one knows the extent of yet, and you can see why Michigan may be up against the wall.

2. Indiana. Anyone who watched the Hoosiers? overtime loss at Illinois came away impressed with Yogi Ferrell and Noah Vonleh. They also came away aghast at Indiana?s issues with turnovers. This team is too sloppy and careless with the ball to be anything more than a 9-9 or 10-8 team in the Big Ten playing like this.

3. Northwestern. God bless Chris Collins. He?s trying and has energized Evanston. But aside from Drew Crawford, skill is minimal. Let?s go ahead and call this a ?rebuilding season? This team may not win more than one or two Big Ten games. Heck, it could go winless.

1. Noah Vonleh should be mentioned in the same breath as freshmen sensations Andrew Wiggins, Jabari Parker, Julius Randle and Aaron Gordon. Vonleh is a lithe athlete who runs the floor with aplomb. Rebounding? He?s off-the-charts good. Enjoy Vonleh while you can.

2. A.J. Hammons can be as good as he wants to be. We got another glimpse of that in Purdue?s Big Ten opening loss to Ohio State, when the big fella had 18 points and 16 rebounds. If Hammons brings that each night-and this team can hit some three-pointers–the Boilers may make a postseason push. Now, about that defense ?

3. I know, it?s still early. Very early, in fact. But Northwestern, Penn State, Nebraska, Minnesota and Purdue all may have a difficult time making the NCAA tourney. The Big Ten has some terrific teams at the top. But, the conference appears to lack the depth it possessed last season.

1. Michigan 63, Minnesota 60. A gutsy effort to open Big Ten action for the Wolverines, who won on the road with Mitch McGary (out with a back injury) and saw Glenn Robinson III leave the game in the second half with an apparent right ankle injury. Jon Horford (14 points; nine rebounds) and Zak Irvin (15 points) stepped up to fill the voids. Nice depth, huh?

2. Illinois 83, Indiana 80 OT. A wild game of runs saw the Fighting Illini find a way to grind out a victory in their Big Ten opener in Champaign. Honestly, this was a game Illinois needed to win if it wants to make the tourney. The Hoosiers were done in by 23 eye-popping turnovers. Rayvonte Rice was too much for IU, notching 29 points.

3. Ohio State 78, Purdue 69. The No. 3 ranked Buckeyes? experience was too much for a young Boilermakers squad. More to the point: Purdue got too much of Aaron Craft, the grittiest and toughest player in the nation. Oh, and the next time the Boilermakers play Ohio State, they may want to guard LaQuinton Ross, who had a career high 25 points to go along with a career-high 12 rebounds.

Three Games to Look Forward To

1. Ohio State at Michigan State, Tue., Jan. 7. It won?t get much better than this all season in the Big Ten. Each is a top-10 club that has Final Four and national championship aspirations. How many fouls will be called and free throws shot in this game?

2. Iowa at Ohio State, Sun., Jan. 12.  This one rates right behind the Buckeyes-Spartans tilt. This shapes up as a battle between great offense (Hawkeyes) vs. great defense (Buckeyes). Are the Hawkeyes ready to win a road game like this? Maybe.

3. Illinois at Wisconsin, Wed., Jan. 8. This will be the ultimate test for a young-but-experienced Fighting Illini squad that may be coming together after that grinding overtime victory vs. Indiana. Rising Illinois star Rayvonte Rice can count on seeing the best defense he has faced all season. How will he respond?