Dienhart: What kind of coach fits at Penn State? 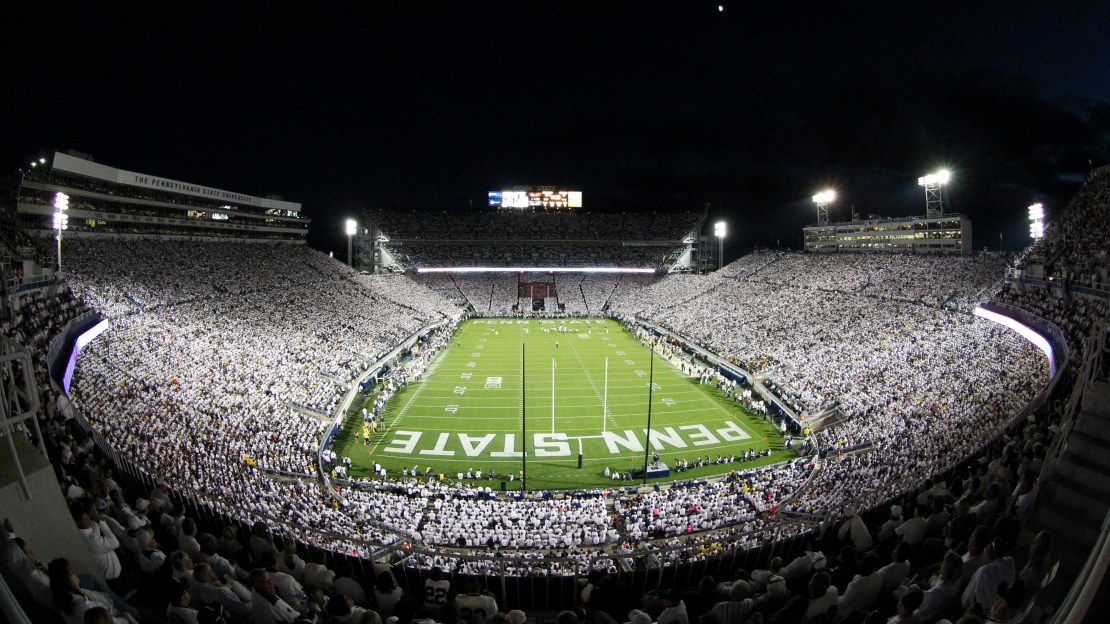 Penn State made it official today: Bill O?Brien is leaving after two seasons. Now, the search is on for his replacement, which was a point of today?s press conference by Penn State athletic director Dave Joyner.

This is and always will be one of the best jobs in America, so there will be no shortage of quality candidates. Here are my top choices. But in reading this, it?s important to remember that O?Brien seemingly came out of nowhere when he was hired. Along those lines, keep Ball State?s Pete Lembo on your radar.

Greg Roman, Stanford offensive coordinator. He interviewed for the job the last time it was open. Roman, 41, is a smart coach who in many ways is similar to O?Brien. Roman is an offensive coach who has cut his teeth in the NFL as an assistant with the Panthers, Texans, Ravens and 49ers. He also has work at Stanford, where he hooked up with Jim Harbaugh and was offensive coordinator before following him to San Francisco. He almost got the Stanford job that went to David Shaw. Roman?s New Jersey roots would serve him well in Penn State recruiting circles.

James Franklin, Vanderbilt. By turning Vanderbilt into a strong program, the 41-year-old Franklin has become one of the nation?s hottest commodities. Pennsylvania roots add to Franklin?s allure. He was raised in the Philadelphia suburb of Langhorne, attended high school at Neshaminy and played in college at East Stroudsburg. It?s almost all too perfect. Because of that, Franklin may be the top target. But he?ll likely be wanted by many schools and maybe even the NFL, where he spent 2005 with the Packers as receivers coach.

Mike Munchak, Tennessee Titans. The former Penn State offensive line great reportedly could have had the job last time. And he has said he isn?t interested in the Nittany Lions job this time. Really? The 53-year-old Munchak has been so-so in the NFL, going 22-26 in three seasons with one winning mark. Having already scratched his NFL itch–and being a Penn State man–Munchak seemingly could ride out his career in the captain's chair in State College if he took the job.

Al Golden, Miami (Fla.). The former Penn State captain has paid his dues and has done some nice things at Temple and Miami, going 22-15 in three seasons with a division title for a program that continues to fight back from NCAA probation. Golden?s knowledge and love of Penn State would seem to make him an ideal target. And this would seem to be a destination job for the 44-year-old New Jersey native-not a stepping stone. But does Golden want to leave what he is building in south Florida for some uncertainty and tough times at Penn State?

Greg Schiano. He recently was fired by Tampa Bay after two seasons and an 11-21 record. Still, he is a desirable for a few reasons. The 47-year-old Schiano is a proven college coach who took Rutgers to big things, forging a 68-67 record in 11 seasons with six bowls at what was a college football graveyard before his arrival in 2001.  And there is this: Schiano was Penn State?s defensive backs coach from 1991-95 and the Bucknell grad has strong recruiting ties along the eastern seaboard.

Pat Narduzzi, Michigan State defensive coordinator. He is the hottest assistant coaching commodity going. The 47-year-old Narduzzi has built some of the best defenses in the nation. And those defenses have been the backbone of the Spartans? rise under Mark Dantonio. Narduzzi is a college football lifer who likely would look at Penn State as a destination job. But does the school want to hire a defensive-oriented coach?