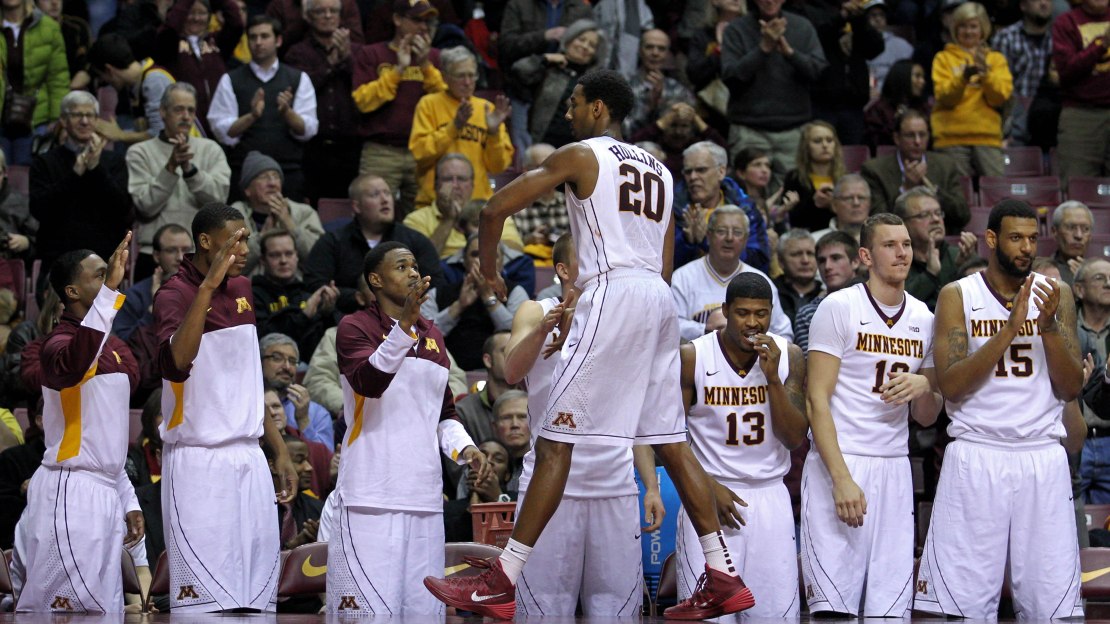 The calendar is about to flip from 2013 to 2014. And the hoops season is about to flip from non-conference play to Big Ten action. For the most part, that means good-bye to games vs. East Timbuktu State. Thank, goodness. And the first week of full-bore league action features some interesting and intriguing matchups. Here?s what to look for in my first edition of Whiteboard.

GAME OF THE WEEK: Iowa at Wisconsin, Sunday. The Badgers are atop the Big Ten with a 13-0 mark, rating with Ohio State as the Big Ten?s lone unbeaten teams. Some feel this may be Bo Ryan?s best Wisconsin team. And, it sure is playing like that, with wins over the likes of St. John?s, Florida, Saint Louis, West Virginia, Virginia and Marquette. Few schools in the nation have more victories over name-brand and/or quality schools. A visit from a surging 11-2 Hawkeye program will be a good test for Wisconsin. It also will be the first time ex-Badger Jarrod Uthoff will play vs. his old team. Remember what a stink his transfer caused?

DON?T OVERLOOK THIS GAME: Indiana at Illinois, Tuesday. Each team is in a retooling mode, with myriad new players. The last time the Hoosiers visited Champaign, they ranked No. 1 and lost on a last-second shot by Tyler Griffey in a heart-stopping game. This is an underrated rivalry, as each program is looking for quality wins to build a postseason resume. It will be fun to watch point men Tracy Abrams and Yogi Ferrell do battle.

MUST WIN: Michigan at Minnesota, Thursday. The Golden Gophers are a work-in-progress under first-year coach Richard Pitino, owning an 11-2 record. And this is a hot team, with six victories in a row. But, the quality wins are lacking. A triumph over the Wolverines would be huge. And, it could happen, thanks to a strong Gophers backcourt led by Andre and Austin Hollins. And Michigan will be without big man Mitch McGary, who is out with a back injury.

BEST INDIVIDUAL MATCHUP: How about Michigan State?s Adreian Payne vs. Indiana?s Noah Vonleh on Saturday in Bloomington? Yep. Payne is one of the nation?s top big men, a physical presence in the middle who can run the floor. He also continues to expanded his game, offering a nice mid-range jumper and a deadly 3-point touch. Vonleh is one of the nation?s top freshmen. He?s a lithe athlete who has a full-court game. The kid could be a one-and-doner.

UPSET ALERT: Michigan State at Penn State, Tuesday. Winning in State College can be tough. And this is a good Nittany Lions squad. Yes, Penn State is 9-4 with losses to Bucknell, Ole Miss, Pitt and Princeton. But Penn State guards Tim Frazier and D.J. Newbill can be a handful if they are hitting shots and driving to the hoop. Add freshly minted Pitt transfer John Johnson, who poured in a team-high 20 points in his debut, and the Nittany Lions have some nice backcourt options.

BIG WEEK: Indiana. Let?s be honest: The Hoosiers had an unimpressive non-conference season. Quality wins? They were non-existent, as IU fell to UConn, Syracuse and an average Notre Dame team. The top victory? Against ? Washington? Enough said. The 10-3 Hoosiers can begin to put all of that behind them with the Big Ten season dawning. And no Big Ten team has two bigger tilts to take the lid off the league campaign, with a trip to Illinois on Tuesday and visit from Michigan State on Saturday. Opportunity is knocking, Tom Crean.

A LOOK BACK AT LAST WEEK

BIG WINNER: It was a slow week, with the holidays and what not. So, I?ll push this back for two weeks. Rebuilding Illinois bolstered its NCAA Tourney resume with a big 65-64 win vs. Missouri in the Braggin? Rights game in St. Louis on Dec. 21. And Purdue got what in reality was a must-win game at West Virginia on Dec. 22 in taking a 73-70 decision.

BIG LOSER: With schools playing mostly cupcakes, most teams were smiling all last week with blowouts vs. the likes of Kennesaw State, Mount St. Mary?s, Arkansas Pine-Bluff and New Orleans. But Nebraska got whipped, 74-59, at Cincinnati. And Northwestern lost to DePaul, 57-56, on a last-second shot. Each tilt was a chance to score some credibility and confidence points. Didn?t happen.