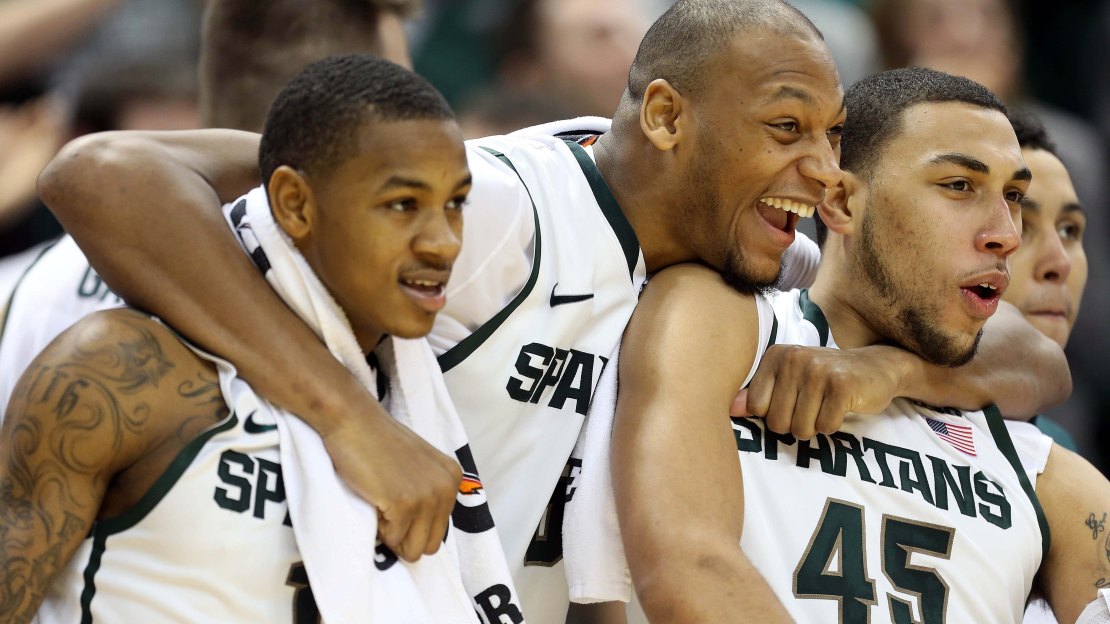 The Big Ten went 5-1 on Saturday to close out the nonconference season with a bang. There were plenty of memorable moments early on this year, so how do we go about summing up 12 teams and 153 total nonconference games? Simple — We follow the rules of twitter.

Here is a summary of every Big Ten teams' nonconference performances in 140 characters or less.

1. Ohio State (13-0): Great defense and better than expected on offense. Craft has been terrific. Consistent play down low makes this a championship-caliber team.

2. Wisconsin (13-0): Most balanced starting five in the Big Ten. Kaminsky has been a pleasant surprise and Dekker is a superstar. Bo Ryan is an early COY favorite.

3. Michigan State (11-1): Loaded with talent, but health is a concern early on. Payne is the top big man in the Big Ten. When healthy, this team is as good as anyone.

4. Iowa (11-2): One of the deepest teams not only in the B1G, but throughout the entire country. The bar is set high, and Fran's team is up for the challenge.

5. Illinois (11-2): No Brandon Paul, no problem. Rayvonte Rice is one of the most explosive players in the league. Win over Missouri proves this team is for real.

7. Indiana (10-3): Young, talented and fun to watch. Vonleh is a stud. If underclassmen can mature quickly, Tom Crean's team could be dangerous in March.

8. Purdue (10-3): Superb guard play and a talented trio of freshmen has led to early success. But this team will go as far as A.J. Hammons is willing to take them.

9. Penn State (9-4): Frazier and Newbill make up one of the top backcourts in the league, but lack of size will hurt. A 1-3 record against teams above .500 says it all.

10. Michigan (8-4): The loss of Burke and Hardaway to the NBA, combined with an injury to McGary, could make for a long season. Stauskas is good, but can't do it alone.

11. Nebraska (8-4): Nice win over Miami, but Nebraska struggled against other big-name opponents. Huskers need to improve their passing and rebounding.

12. Northwestern (7-6): The most common used phrase in Evanston this season will be "rebuilding year." Crawford can flat-out score, but can anyone else?