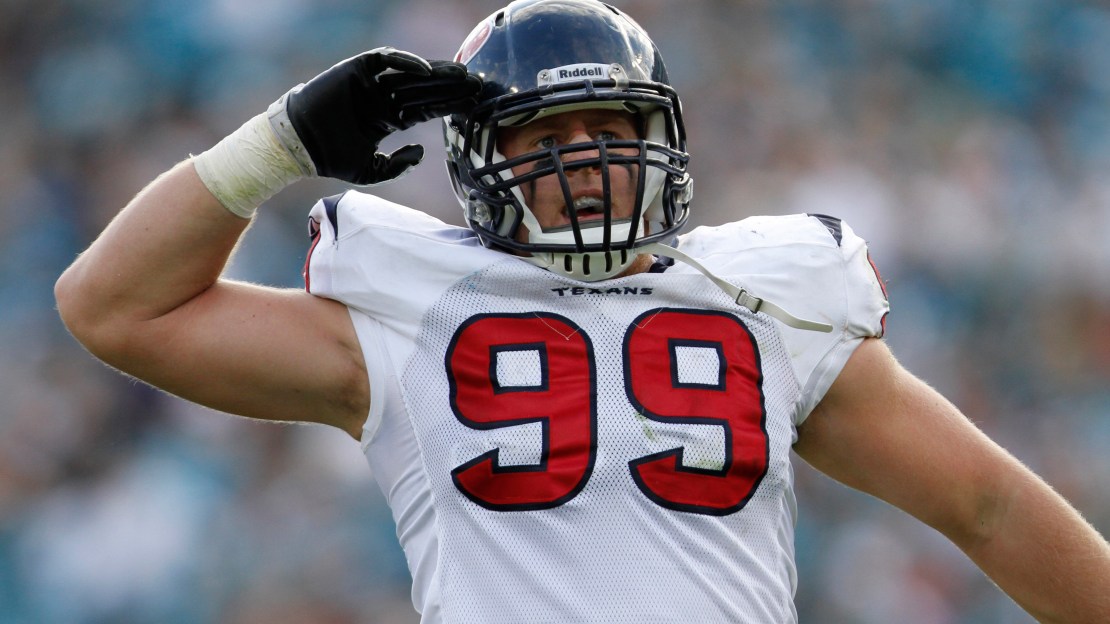 J.J. Watt is now a superstar in the NFL, but it wasn?t long ago that he was just a small-town kid from Pewaukee, Wisc., daring to dream of one day suiting up as a professional football player. Watt?s journey to stardom, a bumpy road that didn?t include any big-time college scholarship offers as a senior in high school, has given him perspective.

?My parents always taught me it?s important to give back and help others,? Watt said. ?I know how fortunate I have been to be able to play sports and they have given me so much. Because of playing sports in college and at the professional level, I had been able to visit schools and hospitals and see what a difference it can make when someone is lending a hand.?

After hearing a teacher talk about a child who was getting into trouble because budget cuts forced the school?s after-school activities shut down, Watt was moved to start the Justin J. Watt Foundation.

?She said (the child) left school at 3, but his parents didn?t get home until 5, so he was left alone and didn?t have anyone looking after him,? Watt said. ?I just thought, ?this isn?t right, this can?t be how it is for them.??

The foundation assists local middle schools in Wisconsin and Texas that have insufficient funding for after-school athletic programs, or no such extra-curricular activities at all. Instead, he?s giving kids the opportunity to expand their horizons through sports and learn valuable lessons that will help them long after they walk off the playing field.

?The most rewarding part of all this is seeing the looks on the faces of the kids when we come and drop off new equipment at their schools and hang out with them,? he said. ?It just means so much. I remember at one school, we were going there to bring them new stuff and the kids had prepared a presentation for us. It was amazing. I was there with my mom and she got to experience that with me. It was special.?

The event raised more than $330,000 to help fund after-school athletic programs for kids. Calling it ?one of the greatest days of my life,? Watt was stunned by the turnout.

?I didn?t know what to expect because we had never done anything like that before, but we sold out that stadium and people still wanted more tickets,? he said. ?My defensive teammates and offensive teammates showed up and made it a truly great day. I?ll never forget that.?

As the University of Wisconsin prepares to face the University of South Carolina in the Capital One Bowl on January 1, Watt reflects on his own time at Wisconsin, and how growing up in that state laid the groundwork for what he would do next, on and off the field.

?The thing about people from Wisconsin is, they are hard workers,? he said. ?I knew that if I ever wanted anything in life, I was going to have to work for it. That?s what I think of when I think of being raised there and going to school there. Wisconsin people work so hard and I?m very, very proud to say that?s where I come from.?