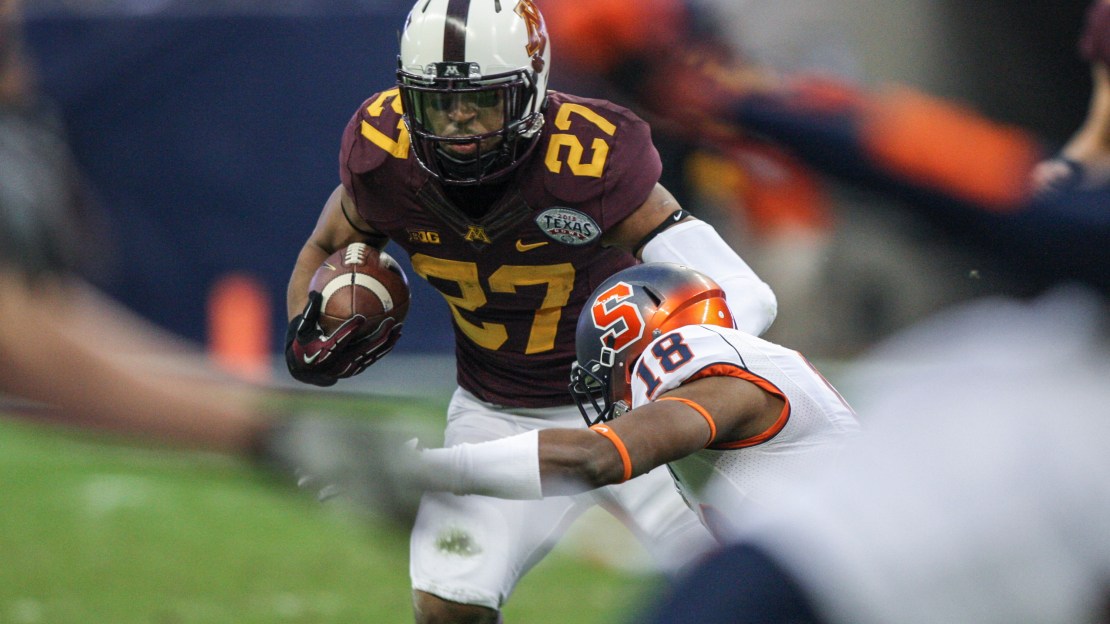 Mitch Leidner and the Gophers did all they could to capture the program's first bowl win since 2004, but Minnesota's Cinderella season came to an end Friday night with a 21-17 loss to Syracuse in the Texas Bowl. Catch up on all the stats, scores, tweets and postgame video highlights in this post.

(AP) Terrel Hunt scrambled 12 yards for a touchdown with 1:14 remaining to lift Syracuse to a 21-17 win over Minnesota in the Texas Bowl on Friday night.

Syracuse (7-6) led 14-3 entering the fourth quarter before Mitch Leidner threw two touchdown passes and a 2-point conversion to put the Golden Gophers up 17-14.

After the Orange regained the lead, Minnesota attempted two long passes to the end zone on the final plays. The first slipped through the arms of Drew Wolitarsky and the final Hail Mary as time expired was knocked down near the end zone.

Disappointing finish tonight, but a great season of #Gophers football. Thanks to the seniors who are leaving the program on the upswing.

This sums up what it's like to be a Gophers fan: pic.twitter.com/QwtS6Eo9MM

Jerry Kill on the sideline to start the second half! #InKillWeTrust #Gophers

The last time Minnesota scored an offensive TD, you ask? It was way back on Nov. 9 at home vs. Penn State in the 2nd quarter.