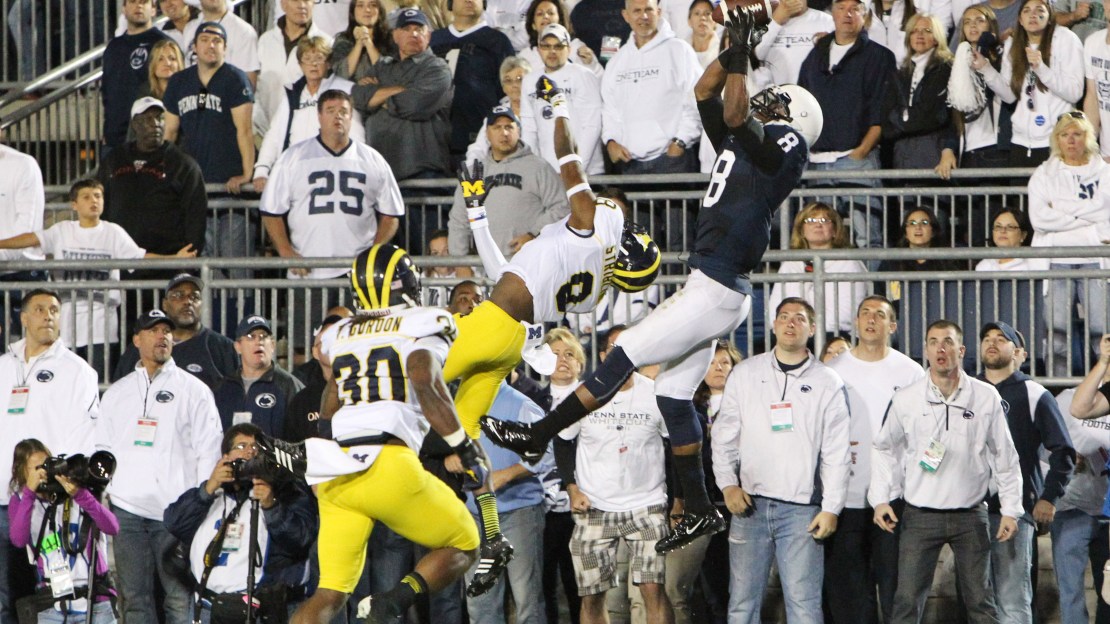 Bill O?Brien continued to deliver results in his second season in State College, Pa., despite being hampered with severe NCAA sanctions. O?Brien debuted with an 8-4 mark (6-2 Big Ten) in 2012 and followed with a 7-5 record (4-4 Big Ten) this season.

But perhaps Penn State?s biggest win this fall came off the field in September, when the NCAA announced it was lifting its scholarship limits beginning in 2014. Five additional scholarships will be restored starting next year and will continue to increase by five until the school is back to the full allocation of 25 initial scholarships in 2015 and 85 total in 2016. A bowl ban remains in place, keeping Penn State home for the holidays for a second season in a row.

Still, the future looks bright under O?Brien?s stewardship and with the return of true freshman quarterback Christian Hackenberg, a sensation who hit 231-of-392 passes for 2,955 yards with 20 touchdowns and 10 interceptions.

High point: Penn State saved its best for last, traveling to Wisconsin as a 24-point underdog and stunning the Badgers on Senior Day, 31-24. And it?s not like Wisconsin didn?t have anything to play for, as a win vs. the Nittany Lions may have secured a trip to a BCS bowl for a fourth consecutive season. The week before, Penn State lost a tough 23-20 overtime game at home to Nebraska. But on this day in Madison, Penn State quarterback Christian Hackenberg sliced up a good Wisconsin defense, hitting 21-of-30 passes for 339 yards and four touchdowns. The victory allowed the Nittany Lions to finish with a winning record for a second season in a row under Bill O?Brien despite playing shorthanded because of NCAA sanctions.

Low point: Getting drubbed 63-14 at Ohio State on Oct. 26 stung. But a 44-24 loss at Indiana on Oct. 5 was worse. Why? Because it was the first time the Nittany Lions ever lost to the Hoosiers, who were 0-16 vs. Penn State. The Nittany Lions were burned for 486 yards, allowing 336 through the air. And the PSU ground attack generated just 70 yards despite facing one of the worst rushing defenses in the Big Ten. It was part of an odd season that saw Penn State open 2-0 and then go on a loss-win-loss-win pattern the rest of the season, never winning or losing two games in a row all year. PSU also played three overtime games, winning two of them including a wild four-OT affair vs. Michigan.

Offensive MVP: WR Allen Robinson. He was one of the best wideouts in the nation, time and again making big catches. The junior finished with a Big Ten-high 97 catches for 1,432 yards and six touchdowns. That was more than enough for Robinson to break Bobby Engram?s 18-year-old school single-season record for receiving yards.