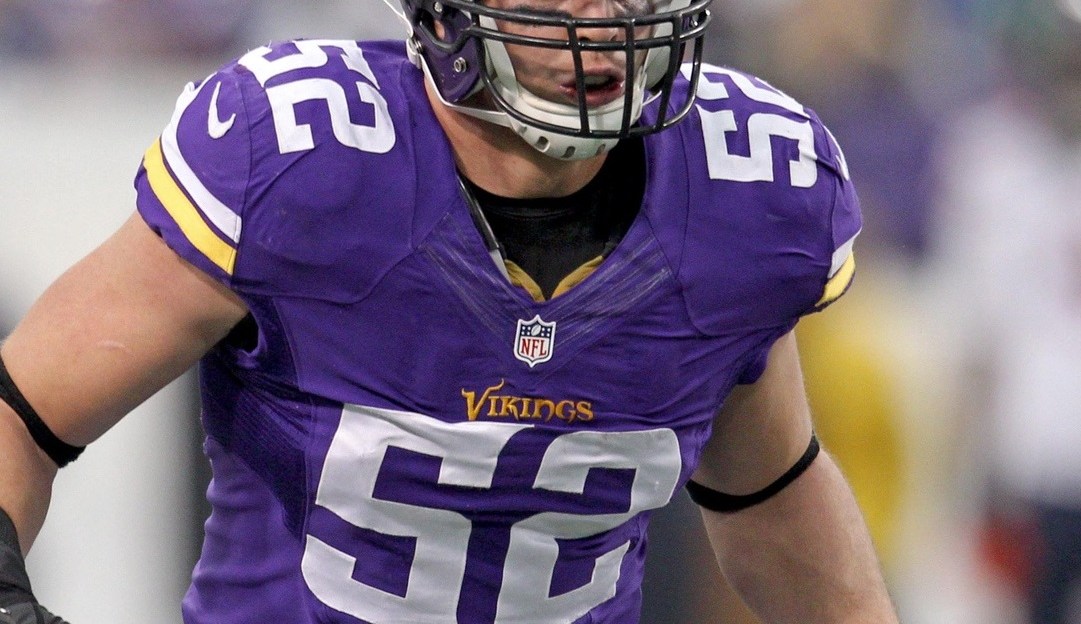 Minnesota Vikings linebacker Chad Greenway knows about playing thru pain. The former Iowa Hawkeye has been playing with a fractured wrist during the 2013 NFL season, but he has remained the heartbeat of the Vikings? defense.

Through the ?Chad Greenway?s Lead the Way Foundation,? Greenway is working to help individuals and families that are dealing with pain off the field.

In October, Greenway recruited 16 Vikings teammates to take part in his third annual ?Celebrity Waiter Night? at a steakhouse in Minneapolis. NFL players in aprons raised almost $200,000 in one night, all of which will help the foundation?s work in the Twin Cities area.

In March of 2012, Chad and his wife, Jenni, launched ?Chad?s Locker? to provide patients and their families access to notebook computers, movies, and video game systems during hospital stays. The program launched its first locker at the University of Minnesota Amplatz Children?s Hospital, and opened their fourth locker location at the St. Paul campus of Children?s Hospitals and Clinics of Minnesota in October.

The ?TendHER Heart Luncheon? honors mothers of chronically-and-critically-ill children for sacrifices made in caring for their children. The event not only gives these women a chance to offer support for one another, but also to simply enjoy a gourmet brunch and take some time for themselves.

The ?Field of Dreams? program gives ill children a chance to fulfill sports wishes and vacation dreams. It also provides families a bit of a distraction from the medical care and appointments that take up such a huge part of their lives.

Greenway left an on-field legacy that is well known to University of Iowa Hawkeye fans. He?s among the university?s all-time leaders in career tackles, and was the first Iowa linebacker selected in the first round of the NFL Draft. But Greenway?s legacy off the field reaches far beyond his stat sheet.

You can learn more about ?Chad Greenway?s Lead the Way Foundation? at http://www.chadgreenway.org/