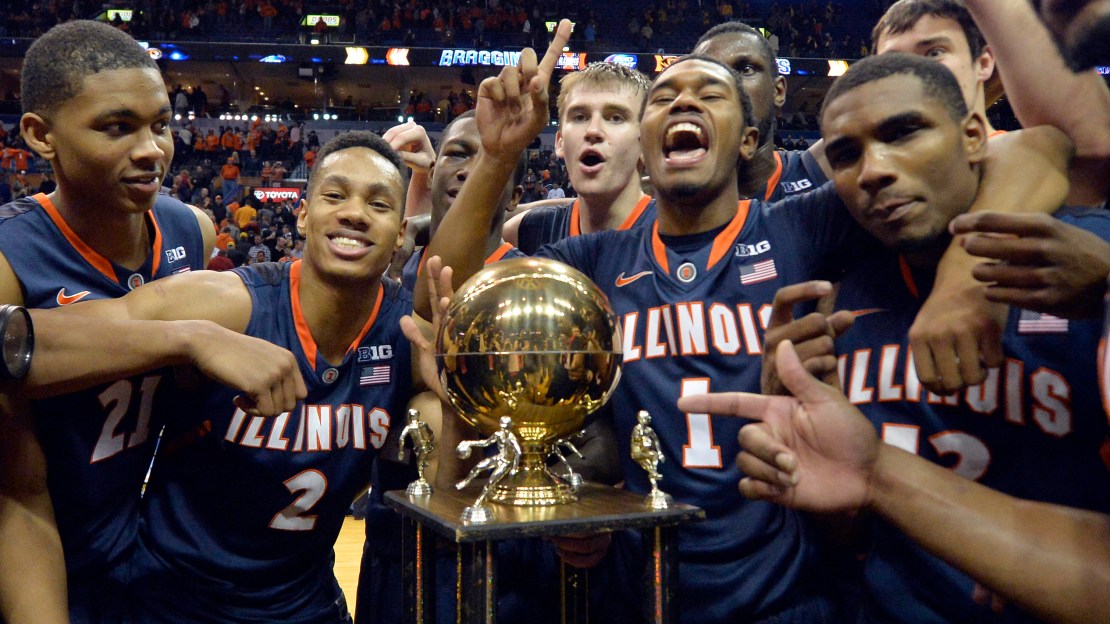 For the first time since 2008, Illinois has Braggin' Rights. The Illini held off rival Missouri, 65-64, in a thrilling back-and-forth affair Saturday at Scottrade Center. The win snapped the Illini's four-game losing streak in the series and also marked the Tigers first loss of the season. See reaction to the victory in this post.

Illinois senior Joseph Bertrand has some fun with former teammates who went 0-4 in the rivalry.

Former Illinois star Brandon Paul was a nervous wreck watching this one.

Jon Groce celebrates with players in the locker room.

One of the most exciting games I have ever played in. We got that trophy back to were it belongs #ILL

How excited was Rayvonte Rice following the win? This excited. And here's the Illini with the trophy: