Season Review: Iowa bounces back in 2013 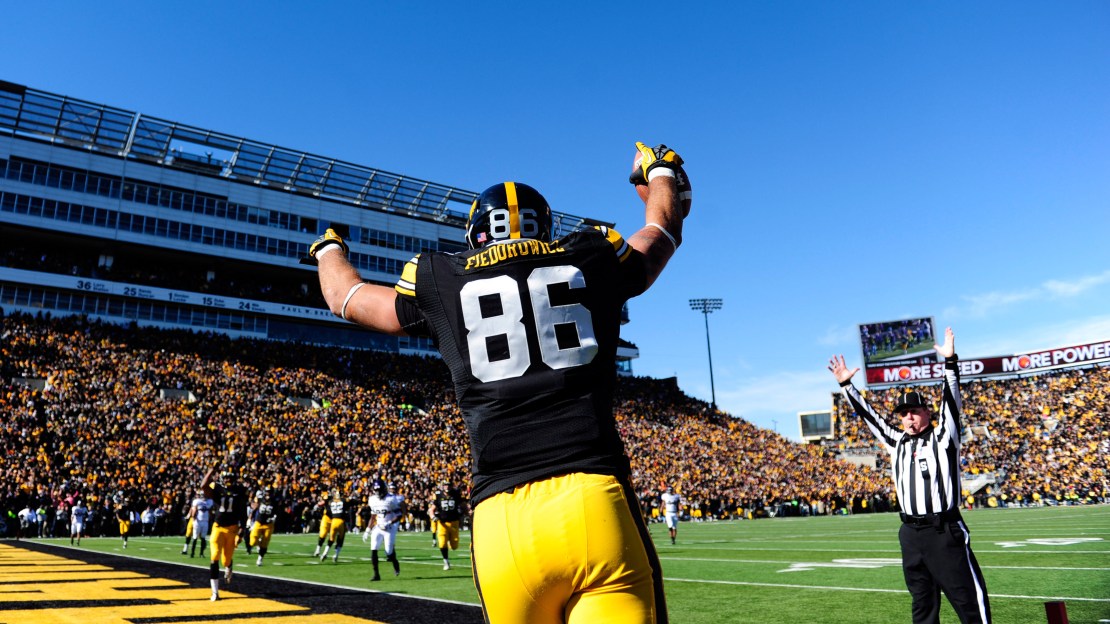 Ferentz quelled skeptics, flipping Iowa?s record and punching a ticket to a New Year?s Day bowl. After 15 years on the job, Ferentz still has it for what remains one of the Big Ten?s bedrock programs.

High point: Iowa finished the season with a flurry, winning its last three games. And the last two triumphs were especially sweet. First, the Hawkeyes rallied from 14 points down in frigid conditions to dump Michigan in Iowa City, 24-21. It was the Hawkeyes? fourth win in five tries vs. the Wolverines. Then, Iowa closed with a dominating 38-17 victory at Nebraska by allowing only 288 yards in what essentially was an Outback Bowl playoff game. It also was Iowa?s first win vs. the Cornhuskers in the Big Ten and ended a five-game losing streak to Nebraska.

Low point: Iowa was 4-1, riding a four-game winning streak, when it fell in a pothole by losing three of four. The team ran into some hot, talented squads, losing to Michigan State, Ohio State and Wisconsin. No shame in that. Still, the defeats cast doubt on the Hawkeyes? ability to score and hold leads. And the lone win in that stretch came in overtime vs. Northwestern. But Iowa went on to win its last three games. Crisis averted. Smiles, everyone!

Offensive MVP: QB Jake Rudock. He emerged from a three-man battle in August to become the team?s signal-caller. And the sophomore was more than adequate in completing 60 percent of his passes for 2,281 yards with 18 touchdowns and 12 interceptions. Rudock?s 8-yard game-winning touchdown throw to tight end C.J. Fiedorowicz in overtime vs. Northwestern may have been his pass of the year. Rudock looks to have a bright future.

Defensive MVP: LB James Morris. A case also can be made for fellow linebacker Anthony Hitches, as Iowa had a terrific trio of senior linebackers that also included Christian Kirksey. Morris had 98 tackles, five sacks, 14.5 tackles for loss and four interceptions, showing big-play skills to go along with his heady play in the heart of a strong Hawkeye defense that ranks No. 3 in the Big Ten (303.2 ypg).