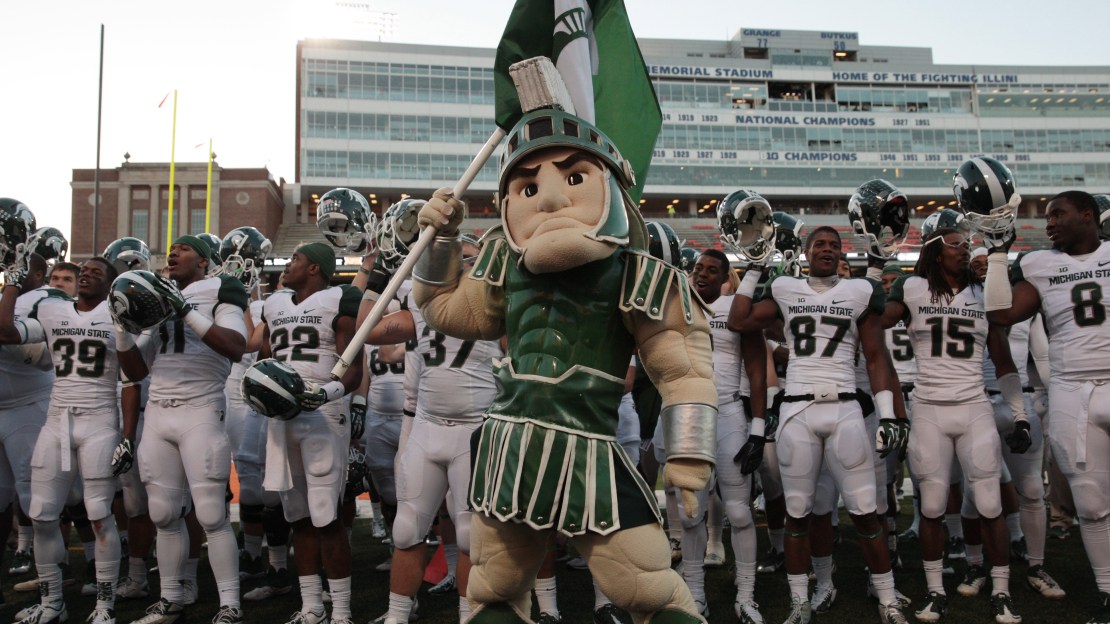 This is a great place to start daily links. Forbes.com has ranked the ?most valuable? college football teams of 2013. A pretty interesting exercise. The most ?valuable? Big Ten franchise: Michigan at No. 5. Next is Ohio State at No. 9; Nebraska No. 10; Penn State is No. 15; Wisconsin is No. 16.

I guess I am a bit shocked that Ohio State isn?t No. 1 among Big Ten schools. I don?t care what metrics you use, how can the Buckeyes not be No. 1? Oh, well. It doesn?t really matter.

The most emotional sports moment of the year? It was Jack Hoffman?s TD run in the Nebraska spring game, according to a poll on USA Today. I?m not gonna disagree. I saw it live. And it still makes me teary-eyed.

So, Illinois signed offensive coordinator Bill Cubit to an extension through 2015. Good. Whatever he?s being paid, it isn?t enough.

And Steve Greenberg of the Chicago Sun-Time says Tim Beckman is optimistic about 2014. And, that?s OK. It?s the offseason, when everyone is awesome and full of potential. The possibilities are limitless-even at Illinois.

No Nebraska assistant did a better job than o-line coach John Garrison, who kept a unit battered by injury productive. Give this man a raise!

?He really kept us poised,? center Cole Pensick said. ?He told us he loved us and was going to get us ready to play. That he had our backs. We said it to him, too. We love him as our coach. We have his back, too. We're going to go out there and fight.?

And Sam McKewon of Omaha.com says they'll do it with improved health in the Gator Bowl. Spencer Long will remain out as he prepares for the NFL draft, but Jake Cotton, Jeremiah Sirles and Pensick should be healthy and prepared for the Jan. 1 game after a month off from in-game contact.

Ohio State quarterback Braxton Miller is still weighing his NFL options. Miller?s future isn?t the Buckeyes? lone concern. There also is the matter of pass coverage. It has been bad. It needs to improve.

Tim May of the Columbus Dispatch notes that the OSU pass defense has been derided incessantly since the Big Ten championship game loss to Michigan State on Dec.7. It was burned for more than 1,000 yards passing combined in the last three games of the season.

?It?s too many, (not just) one thing,? Meyer said of the problems that must be fixed. ?It?s not man coverage, it?s not zone coverage - it?s all of the above. It?s the pass rush, the time to call the blitzes, making sure the blitzes match the coverage.

?It just you?ve got to play better.?

There have been a lot of stories of emerging players during Michigan State?s run to the Rose Bowl. But the improvement/production of receivers Tony Lippett and Bennie Fowler has been among the most impressive.

Chris Solari of the Lansing State Journal points out that the duo was much maligned a year ago for dropping balls and dropped from the playing group early this season, both have developed into sure-handed pass catchers and downfield targets. In doing so, they re-established themselves as productive forces in the Spartans? resurgent offense while reaffirming the talent coaches saw from them in the first place.

Will Minnesota?s Jerry Kill continue to coach from the booth? He doesn?t know. Watch the video.

Georgia started six true freshmen at different times on defense in '13, played 10 of them. Mark Richt says "greatest teacher is doing it?

My take: No doubt about it.

Tarow Barney has informed me that he has officially signed with #PennState. DT will enroll in January.

My take: A juco at Penn State. You don?t see that too often.

It's inevitable it came up, however preposterous, so let's get it out of the way: Urban Meyer isn't going to Texas. "I'm coaching Ohio St."

My take: So there you go.

Stanford beats UConn, 53-51. Michigan gets The Cardinal on Sat in Brooklyn.

My take: Gonna be a tough one for Michigan, which has played one of the toughest schedules in the nation.

#MichiganState CB Darqueze Dennard has landed on EVERY major All-American team, and is first consensus All-American CB in Spartans…

My take: This is impressive-and difficult to believe.

Beckman: It's not Tim Banks' fault we didn't have a senior class or realy a junior class. I believe in Tim and I believe in continuity.

My take: I?m glad the guy will get another chance to fix the Illinois defense.

My take: An amazing factoid.