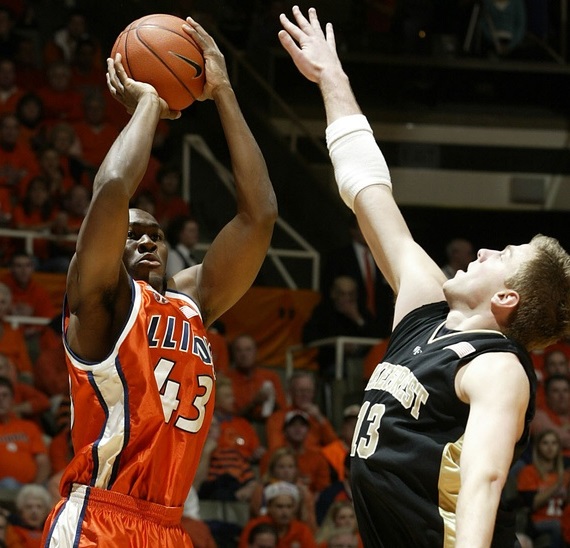 Roger Powell Jr. capped off his collegiate career in style at the Final Four.

This series of plays is why many Illini fans remember Roger Powell - aka "the Rev" - with a smile.

"It was a very powerful, powerful three days," Powell said. "A lot of the kids that came were expecting one thing, and when they left they said it was life changing."

"I realized that God was the big picture and he made it possible for all this to take place," Bennett said. "I definitely got more in contact with my religious side. It helped me become more of a team player."

Powell had to discontinue his RPJ Ministries when he took a full-time coaching position with Valparaiso University. But he said the coaching opportunity has allowed him to continue to help others.

"I know it's a far-fetched example but you think about how Jesus was with his 12 disciples. Those disciples basically did life with him," Powell said. "They watched him, they saw how he lived and that had a huge impact on their lives. So I'm looking at that as a coach on the basketball side and the off-the-court side because (players) are around us and everything we do, they see."

"He always kept his faith and his beliefs and he continued to work hard," Weber said. "He's such a solid, stable person who you really appreciate having on your team and being around and having as a friend."

Powell chose to end his professional career early to focus on coaching so that he could continue to mold and help others.