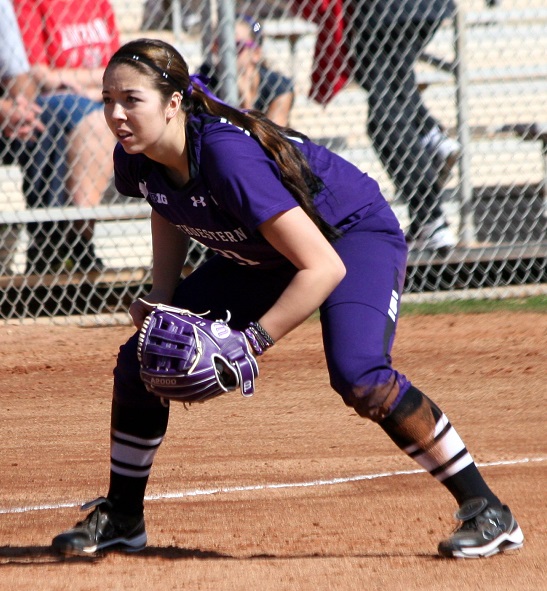 What began as a summer project for Northwestern senior softball star Marisa Bast has quickly become a community-changing program.

During her Leadership Certificate Program field study this summer, the softball slugger teamed up with NU assistant athletic director for community relations, Maureen Palchak, to develop a program to address bullying. In the fall, Bast's field study evolved into ?Stand Up and Reach Out and Reinforce Respect? (a.k.a. Stand Up and ROARR).

?Anything we?ve ever done in community outreach has always been more successful when students are leading the way,? said Palchak. ?And that?s what Marisa?s been able to do.?

Bast, one of the top softball players in the country, worked with Palchak and a middle school psychologist to outline a program, and then recruited 25 student-athletes to serve on a leadership committee.

The group focused on interactive motives of teaching to keep students engaged while learning about respect and preventing bullying.

In late October, Bast and the Wildcats traveled to Haven Middle School and Lincolnwood Elementary School in Evanston, Ill., to discuss the realities of bullying with students. Palchak noted that the curriculum they have developed works best with students between fourth and seventh grade.

?In the first quarter, we visited a couple schools and then evaluated our presentation,? said Palchak. ?There were some changes we needed to make to more effectively deliver the curriculum. Now, we?re ready to share it in more schools in the new year.?

As Palchak noted, it was a busy summer for Bast.

In addition to her field study this summer, Bast was also an intern at a major real estate management firm in Chicago, and was selected to attend the United States Olympic Committee?s annual ?Finding Leaders Among Minorities Everywhere? (FLAME) program in Colorado Springs, Colo. Bast shared her experience at FLAME on the Northwestern Wildcats blog.

?[Bast] has been amazing,? said Palchak. ?Over the summer, she was living here and working a full-time job, but we would meet in the evenings and work on brainstorming. She took the idea and ran with it.?

As a senior, Bast is leaving her mark both on and off the diamond. A two-time Academic All-Big Ten and first team All-Big Ten on the field, she hopes the Stand Up and ROARR program can continue to progress. They hope to develop a web site as an outlet for schools that would like to reach out to the program, and would like the program to deal with teamwork, as well as bullying.