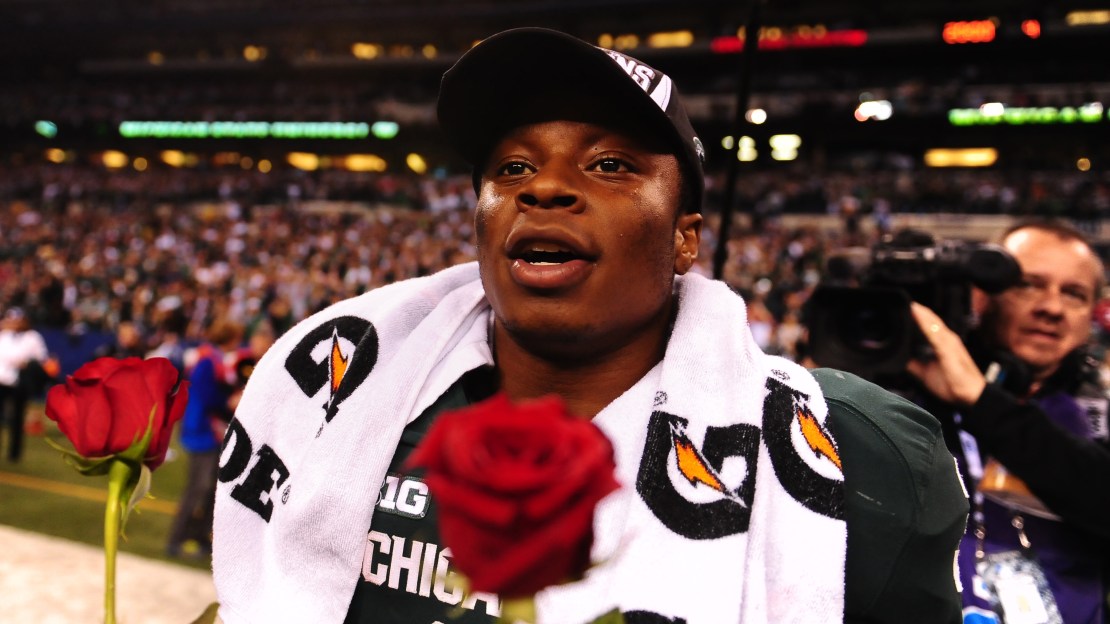 The Big Ten football season was filled with many headline-grabbing events in 2013. In fact, in some respects, it was a history-making year for the conference. Here are my top 10 storylines of 2013.

1. New divisions, more games. From the day ?Legends? and ?Leaders? were hatched, the division names were widely reviled. The honchos in Big Ten HQ, listened. In April, the conference announced conventional ?East? and ?West? monikers and realigned accordingly for 2014 with Rutgers and Maryland coming aboard. Competitive balance was out; geography was in. The East is loaded with powers Ohio State, Michigan State, Michigan and Penn State. The West? Not so much so with Nebraska and Wisconsin leading the way. The Big Ten also announced that it will adopt a nine-game league schedule in 2016. And with just three non-conference games and a playoff coming in 2014 that surely will weigh schedule strength, as the Big Ten has encouraged schools to schedule competitively and not play FCS schools.

2. Spartans smelling Roses. Michigan State ended a 26-year Rose Bowl drought during a season for the ages. Buoyed by a killer defense that ranks No. 1 in the nation, the Spartans are 12-1 overall and 8-0 in the Big Ten. MSU capped the regular season with a 34-24 win over Ohio State in the Big Ten championship game. How dominating was this team? The Spartans won each league contest by double-digits, which never had been done during the eight-conference game era.

WATCH: When a very happy Mark Dantonio calls for a championship hat, you get him a hat. #orvillemoment – http://t.co/ugNKmx6E6r

3. Rolling Buckeyes. Urban Meyer took over Ohio State prior to 2012, and the Buckeyes proceeded to go 12-0 during a probation-strapped season. The good times kept rolling in 2013, as OSU pushed that streak to a school-record 24 in a row with a scintillating 42-41 win at Michigan. But it all came crashing down in a 34-24 loss to Michigan State in the Big Ten championship game that cost Ohio State the Big Ten title, a trip to the BCS title game and its perfect mark under Meyer.

4. Feeling Golden. Back in August, Minnesota was a consensus pick to finish last in the Legends Division. But the Golden Gophers emerged as the surprise team in the Big Ten, going 8-4 overall and 4-4 in the Big Ten. It was the most wins for the program since a 10-victory campaign in 2003. And Minnesota won four Big Ten games in a row at one point in 2013 for the first time since 1973. The Golden Gophers did all this with Jerry Kill missing time tending to his health, as defensive coordinator Tracy Claeys served as acting head coach for the last seven games.

6. Pelini-gate. An ugly 41-21 home loss to UCLA in September saw many of Nebraska?s 2012 problems persist in blowing a 21-3 second quarter lead that saw the Huskers get outscored 38-0 the rest of the way. Many fans were addled. Soon thereafter, an audio recording from 2011 of Bo Pelini using profane language and disparaging Cornhusker fans mysteriously surfaced. Pelini apologized and survived the episode, but his image in the eyes of some Nebraska fans forever was changed.

7. Northwestern meltdown. The 2013 season dawned with hopes of a Big Ten title. Why not? Almost every key cog was back from a 10-3 team that was coming off the program?s first bowl win since the 1948 season. The season began as scripted, as the Wildcats opened 4-0. But things started to unravel after a big showdown home loss to Ohio State on Oct. 5. That set off a stupefying descent that saw NU lose seven in a row-two in overtime and one on a Hail Mary pass–ruin the season and trash a five-year bowl run. Northwestern finished last in the Legends Division.

8. Trust in Kirk. The doubters in Iowa City were out in force all summer, as the Hawkeyes were coming off a 4-8 season and missed a bowl for the first time since 2007. And questions dogged Iowa as 2013 dawned. Chief among them: Who would be quarterback of what was a moribund Hawkeye attack in 2012? Jake Rudock won a three-man battle and pumped life into an Iowa attack that averaged 389 yards and 27.3 points en route to an 8-4 record (5-3 Big Ten), second-place Legends Division finish and trip to the Outback Bowl. Not bad for a team tabbed by most to finish fifth in the division. Iowa?s $4-million coach still has it after 15 years on the job.

9. Christian Hackenberg, the freshman sensation. The Penn State quarterback arrived on campus with a fat scrapbook and massive hype. And, he delivered. The true freshman won the starting job in camp and proceeded to complete 58 percent of his passes for 2,955 yards with 20 touchdowns and 10 interceptions under the golden coaching touch of Bill O?Brien. Most importantly, ?Hack? led the Nittany Lions to their second winning season (7-5) in a row under O?Brien, as the program deals with sever scholarship limits. Pretty impressive.

10. Gary Andersen is the man for Wisconsin. Andersen arrived from Utah State to replace Bret Bielema, who bolted for Arkansas after the 2012 Big Ten title game. What the coach did in his first season, leading Wisconsin to a 9-3 overall mark and a 6-2 Big Ten clip, was nothing short of impressive. Yes, Andersen inherited his share of talent, but the fact that the Badgers were a potential BCS bowl team entering the final week of the regular says a lot about the coach. Must I remind you how this team lost at Arizona State? That was one of the worst ways for a team to lose, however Andersen handled the officiating gaffe wonderfully and the Badgers followed his lead. Two weeks later, Wisconsin lost 31-24 at Ohio State in what many called a de facto Leaders Division title game. No worries, the Badgers didn't quit or start questioning their new leader, rattling off six consecutive wins before losing to Penn State in the season finale. In other words, Andersen is the perfect fit in Madison, and the Badgers aren?t going anywhere.