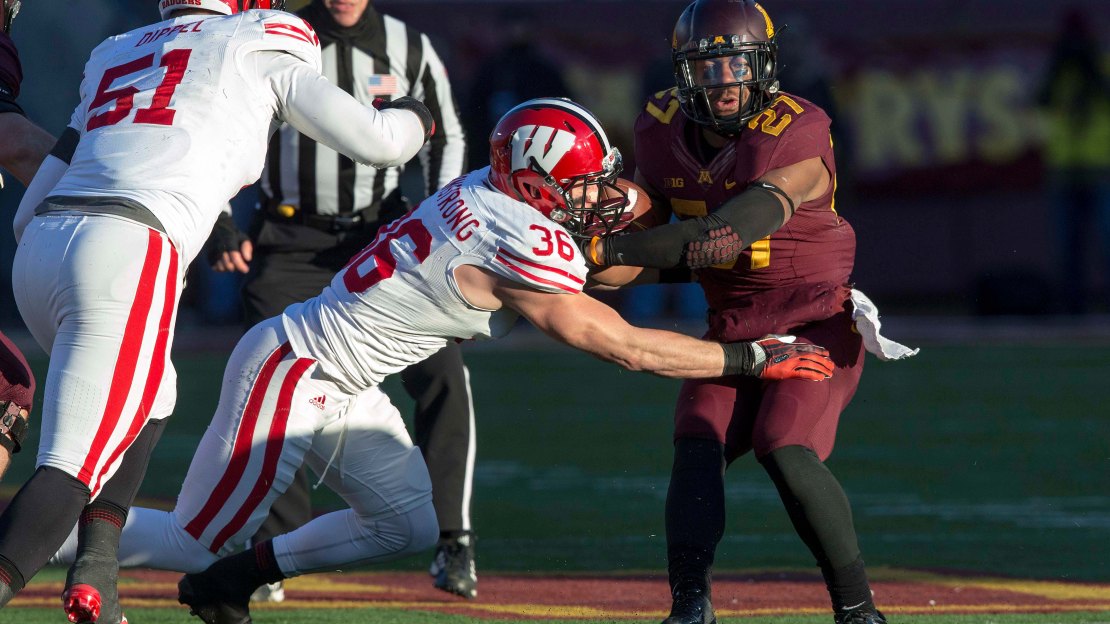 If Minnesota is disappointed to be going to Houston, it isn?t showing it. The Gophers probably deserved a better destination. But the Buffalo Wild Wings Bowl opted for 7-5 Michigan over 8-4 Nebraska; and the Gator Bowl tabbed Nebraska over Minnesota.

Regardless, this is the Golden Gophers second bowl in a row under Jerry Kill. They played in this bowl last season when it was dubbed the Meineke Car Care Bowl and lost to Texas Tech on a last-second field goal, 31-28. In fact, Minnesota has lost its last five bowls, last winning a postseason game in 2004 when it downed Alabama in the Music City Bowl. Alabama in the Music City Bowl? That shows you how long ago it was!

Storyline: Each of these up-and-coming programs is looking to take the proverbial next step in development. Minnesota has been one of the feel-good stories of 2013, as the Gophers have pushed on to great heights despite head coach Jerry Kill dealing with medical issues pertaining to epilepsy that caused him to be away from the team for a time. The Golden Gophers? eight wins are their most since 2003; and Minnesota won four Big Ten games in a row for the first time since 1973 after opening league play 0-2. Syracuse is operating under first-year coach Scott Shafer, playing in a bowl for the third time in four years.

Player on the spot: Minnesota QB Philip Nelson. How bad has the Gopher passing attack been? It ranks last in the Big Ten (141.8 ypg). Minnesota has a Big Ten-low 10 passing touchdowns and hits just 52.3 percent of its passes. A lack of top wideouts exasperates the situation. Nelson has looked good at times, but he?ll need to be on his game to loosen a Syracuse defense that?s good at stopping the run and will be committed to stuffing and daring Minnesota to pass.

Best individual matchup: Minnesota RB David Cobb vs. Syracuse DT Jay Bromley. It?s no secret that the Gophers want to get Cobb established on the ground. He has six 100-yard rushing games in 2013 and is the program?s first 1,000-yard rusher since 2006. Bromley was a standout during SU?s maiden voyage as an ACC team. He?s a quick force who must help contain Cobb, a physical runner who excels between the tackles.

Best unit matchup: Minnesota d-line vs. Syracuse o-line. Like Minnesota, the Orange wants to run the ball. Gophers tackle Ra?Shede Hageman needs to be a disruptive force so Syracuse can?t get traction in the rushing game. He could have some good battles with SU OT Sean Hickey. If the Orange can run, SU quarterback Terrel Hunt should have time to pass. He?s also a top running threat. The Gophers have only 17 sacks (102nd nationally) and 68 tackles for loss (75th nationally). That means the athletic Hunt could have time to throw. And if he?s throwing well, that means the Syracuse ground game should thrive.

1. Minnesota can run. Any time a team can do that, it has a shot. In every one of the Gophers? wins this season, they ran for more than 175 yards. In the four losses? Minnesota didn?t eclipse the 140-yard rushing mark. Get the picture? But running well may be difficult vs. a SU defense that?s No. 28 in the nation vs. the run.

2. Syracuse is mostly one-dimensional. And that one-dimension is running the ball. The staff let Oklahoma transfer Drew Allen get first crack at quarterback, but he struggled. Terrel Hunt took over, but he?s often more effective as a runner. The Gophers staff should be able to commit an extra man to stopping the run and star SU back Jerome Smith, daring the Orange to pass.

3. The Gophers take care of the ball. Minnesota is plus-three in the turnover department. This is a smart and disciplined team that won?t beat itself and rarely makes mental errors. That?s a credit to the staff.

1. Minnesota lacks offensive balance. The Gophers have struggled to pass in 2013, ranking No. 118 in the FBS. If Syracuse is able to commit to stopping Minnesota?s ground, the Gophers offense could get stuck in the mud. Bottom line: If Philip Nelson throws more than 30 passes, the Gophers may be in trouble.

2. No momentum. The Gophers finished the season with consecutive losses, falling at home to Wisconsin and losing at Michigan State. The momentum of that 8-2 beginning may have dissipated. And this is a team that seemed to be fueled by emotion as much as any in the league, as Minnesota isn?t the most talented squad.

3. The offense is in a funk. Minnesota hasn?t scored an offensive touchdown in 10 quarters, last hitting pay dirt in the second quarter vs. Penn State on Nov. 9. The team?s lone TD since then came on defense vs. Wisconsin. Minnesota?s attack is No. 11 in the Big Ten overall (342.8 ypg). If the Gophers get behind, they could have issues mounting a comeback. Minnesota?s offense needs to taste the end zone early get some mojo.