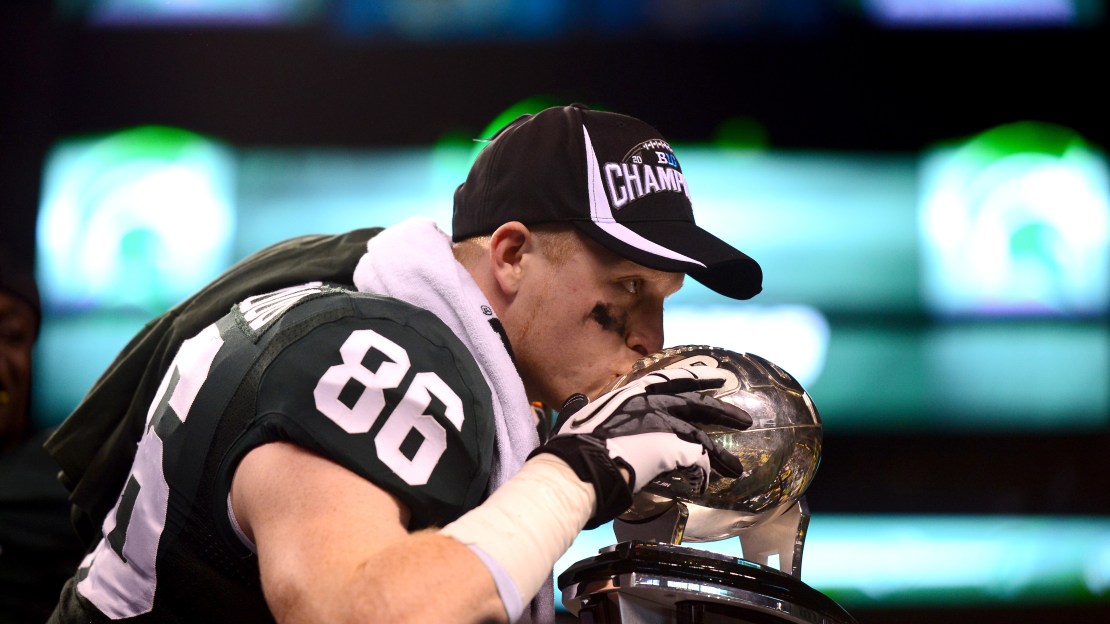 Michigan State players and fans weren't the only ones proud of their football team late Saturday night. Former Michigan State players were quite pumped about their team beating No. 2 Ohio State and earning the conference's automatic Rose Bowl berth, too. See some of the Spartans product's celebratory tweets in this post.

[ MORE: Get all of our Big Ten title game coverage ]

Around @MSU_Football we used to say "P4RB"–Preparing 4 the Rose Bowl Now it's "G2RB"–Goin 2 the RB! So happy for everyone in the program

I BLEEEEEED GREEEN AND WHITE!!!

Proud of my #SpartanDawgs for beatin those Suckeyes!! I smell Roses! ??

Where r we Partying at I'm in Indy Big Ten champs!! Lol