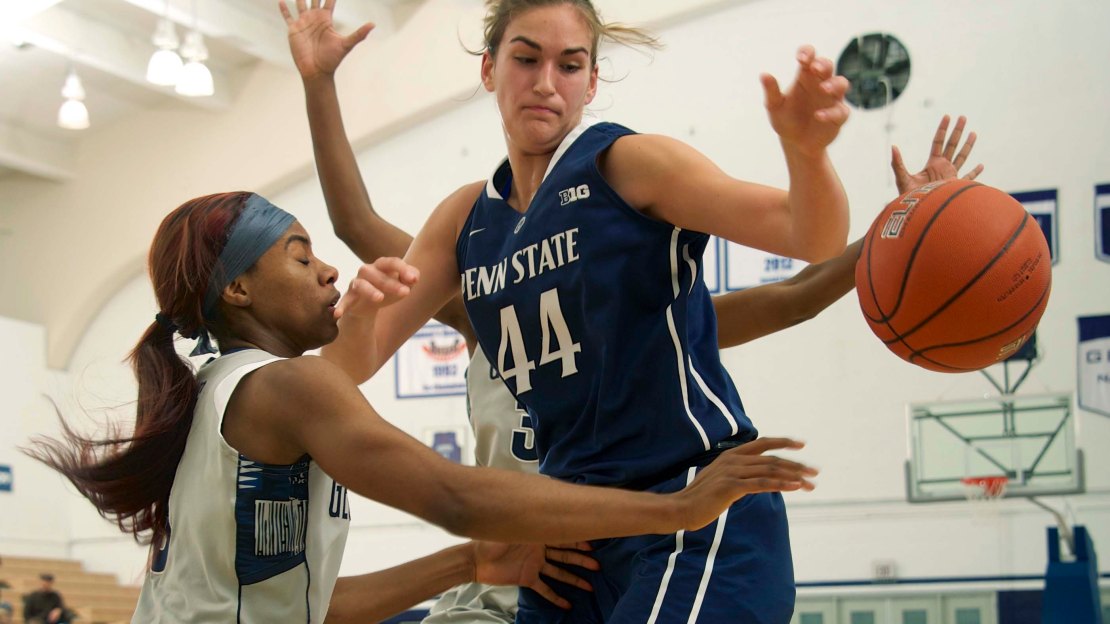 Sunday featured a half-dozen Big Ten women's basketball games. Indiana, Minnesota, Nebraska, Ohio State, Penn State and Purdue all were in action. Get scores, stats and recaps from all of Sunday's games in this post.

INDIANA 77, MOREHEAD STATE 54 | RECAP
Indiana won its ninth straight game to begin 2013-14 with a 77-54 win at Morehead State on Sunday afternoon. IU is now 9-0 on the year, the program's best start since starting 10-0 in 1994-95. Three Hoosiers scored in double figures led by Taylor Agler and Tabitha Gerardot who each scored 12 points. Larryn Brooks added 10 points for the Hoosiers.

MINNESOTA 46, NORTH DAKOTA 44 | RECAP
The University of Minnesota women's basketball team used a strong second half to come back and defeat visiting North Dakota, 46-44, Sunday afternoon at Williams Arena. Amanda Zahui B. paced the Golden Gophers with 25 points, 12 rebounds and four blocks to notch her fifth double-double of the season.

NEBRASKA 95, UTAH STATE 75 | RECAP
(AP) Jordan Hooper scored a game-high 33 points and grabbed 14 rebounds as No. 15 Nebraska toppled Utah State 95-75 on Sunday. Hooper shot 11 of 16 from the floor (68.8 percent), made 11 from the free throw line, and clocked her first career game without a 3-point shot attempt. Emily Cady finished with 16 points, 10 rebounds and seven assists for the Cornhuskers (7-2).

GONZAGA 59, OHIO STATE 58 | RECAP
(AP) Sonja Greinacher scored 18 points and pulled down 14 rebounds as No. 24 Gonzaga held off Ohio State 59-58 on Sunday. Gonzaga trailed by one point with 32 seconds to play. Shaniqua Nilles gave the Bulldogs the lead with 21 ticks left, but Ohio State took it back after Ameryst Alston's basket. Down by one with 7 seconds left, Gonzaga's Nilles converted again, this time for the game-winner. Alston paced Ohio State (6-4) with 18 points and Martina Ellerbe added 11.

PURDUE 91, IPFW 70 | RECAP
(AP) Courtney Moses scored a game-high 26 points to lead four players in double figures as No. 16 Purdue overpowered Indiana-Purdue Fort Wayne in a 91-70 victory on Sunday. KK Houser contributed 15 points and Whitney Bays had 13 for the Boilermakers (6-2), while Liza Clemons added 11 points and made it a double-double with 10 rebounds. Purdue shot 54 percent from the field, including 8 of 18 from 3-point range, and missed just one of its 20 free throws.