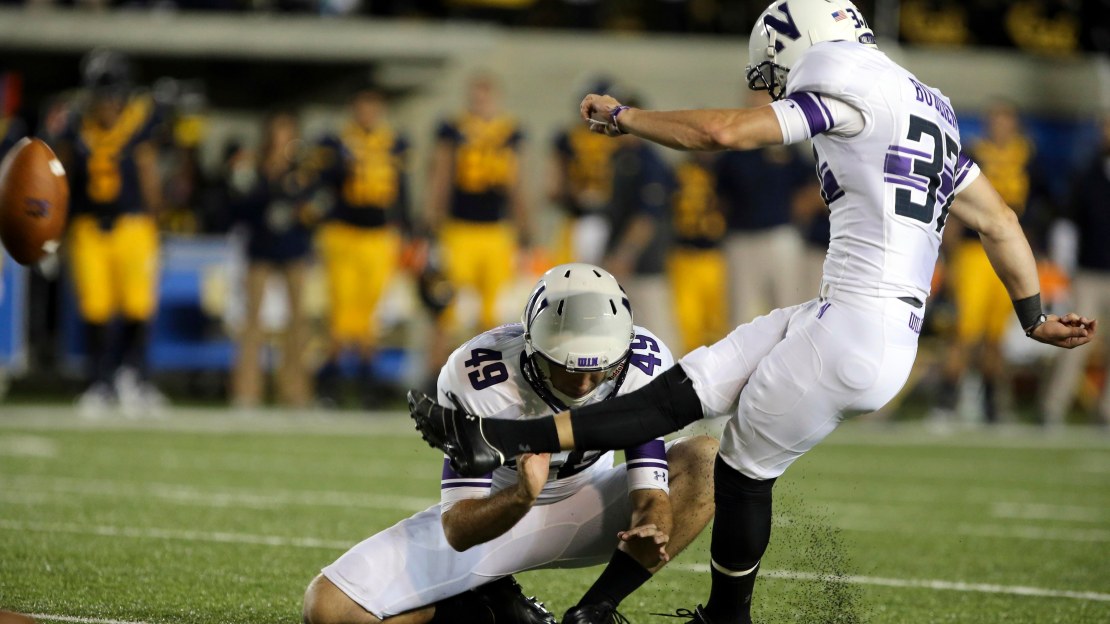 On the football field, Northwestern senior kicker Jeff Budzien?s collegiate career will be remembered for its consistency. He is now the university?s all-time scoring leader, and on Monday he was named the 2013 Bakken-Andersen Kicker of the Year.

Off the field, though, his humility and service will be remembered by many more fans.

During his time in Evanston, Ill., Budzien has been an integral part of Northwestern's Special Olympics Committee. He has served on the executive board of the committee and coached, a role that makes him feel closest to the children.

"It made me work harder,? he said. ?I would go to the Special Olympics stuff and see how hard they were working. I thought they were outworking everyone on our team."

Budzien noted that college athletes sometimes get frustrated with the attention they receive and the time commitment it takes to be a Division I athlete. But working with the Special Olympics has helped put his life as a student-athlete in perspective.

"It's really easy to feel sorry for yourself as an athlete," he said. "But we're on full scholarship and we're wearing the nice clothes at the best school, playing the most popular sport.?

Special Olympics is not the only area in which Budzien has found ways to give back.

During his time in Evanston, Budzien established a relationship with Julian Sims, a 10-year-old who has the rare "pre-t cell" form of leukemia. Budzien plays football with Sims, and this year Budzien was able to get Sims and his friends onto the Ryan Field grass during a game.

Budzien hopes he is viewed at as a role model, but receiving any extra attention isn?t his motivation.

?I'd rather have them be happy and experience something they wouldn't have had than get personal glory for it,? he said. ?I hope I'm a role model, but I hope their lives are happier and better today."

Northwestern head coach Pat Fitzgerald is proud of what Budzien has accomplished.

"The scouts always ask me about specialists: is he kicker or a football player?" Fitzgerald said. "There's no question Jeff's a football player-an incredibly well-rounded football player. We're really proud of what he's accomplished and look forward to his future successes."

In September, Budzien was named an Allstate American Football Coaches Association Good Works team member. He was named First Team All-Big Ten by the coaches in 2012 and was named a semifinalist for the Lou Groza Award as the nation?s top kicker in 2012 and 2013. While playing for the Wildcats, Budzien already completed his Bachelor of Arts degree in economics and business institutions and is now a Masters student in the Northwestern University School of Continuing Studies.