BTN LiveBIG: Spice Adams craving for a cause 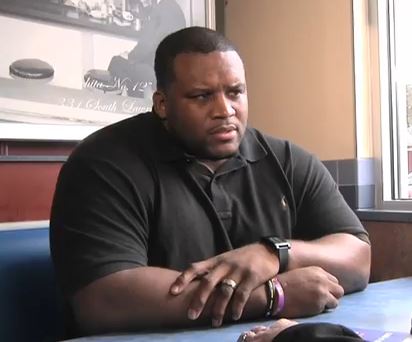 Recently, a former Penn State football player was inducted into a hall of fame in Ohio, but it had little to do with his athletic ability.

After a standout career as a Nittany Lion defensive lineman, Anthony ?Spice? Adams was selected in the second round of the 2003 NFL Draft by the San Francisco 49ers. He played for the ?Niners and Chicago Bears from 2003 to 2011, but didn?t ?officially? retire from the game until earlier this year.

Adams decided to announce his retirement in a creative fashion, filming a parody YouTube video at a White Castle. The video quickly surpassed one million views, and got the attention of the folks at the hamburger chain.

White Castle teamed up with the personable Adams to help out a great cause. A subsequent YouTube video (below), in which Adams is supposedly trying out for a position at a White Castle, raised $25,000 for Autism Speaks.

As part of the award, White Castle Vice President Jamie Richardson presented Adams with a $20,000 check from Castle Shares for donation to the charity of his choice.

Both Adams and White Castle have been strong supporters of Autism Speaks in recent years, so teaming up to raise money for the organization was a natural fit.

?I?m honored to join the ultimate fans in the Cravers Hall of Fame, and I am extremely pleased by the generosity the White Castle family continues to exhibit to charity organizations across the country,? said Adams.

To learn more about Autism Speaks, go to: http://www.autismspeaks.org/