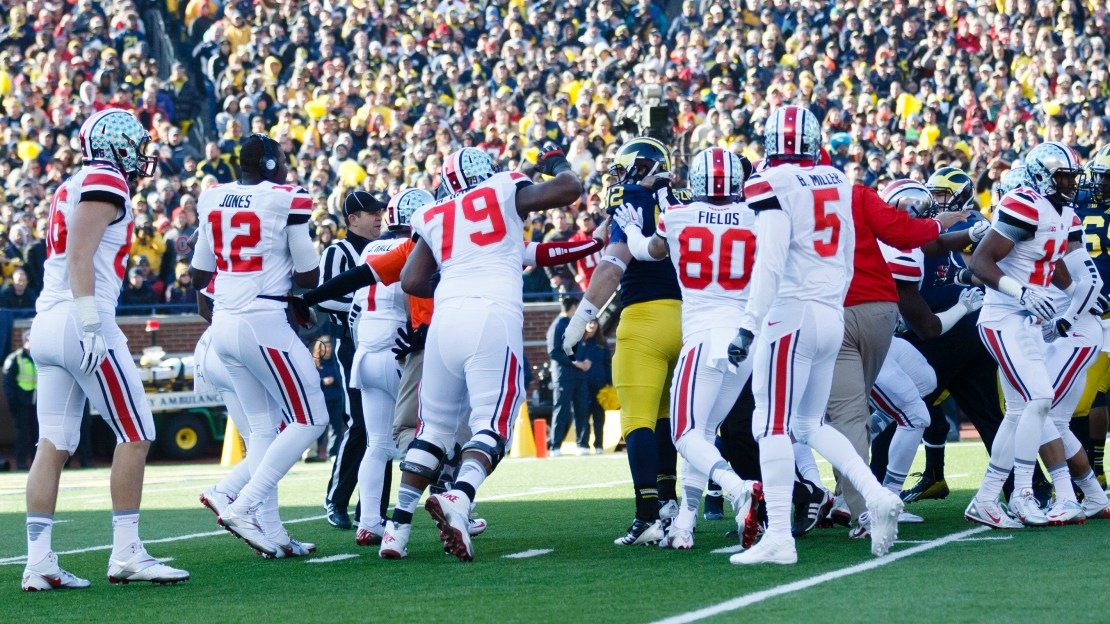 Michigan-Ohio State is one of the fiercest rivalries in all of sports, so it's not uncommon for tempers to flare a little bit when the two teams meet. That's just what happened early in the second quarter following a short Ohio State kickoff return. The two sides mixed it up after returner Dontre Wilson was brought down near the 15-yard line, and, in the end, three players were ejected.

[ MORE: See all the top photos from the Ohio State-Michigan game ]

Presented by Orville Redenbacher's Popcorn, these video segments are great football moments clipped and posted online during live Big Ten football games. Are you on Twitter? Follow any or all of the accounts below to get many of these plays and other plays tweeted to you as soon as they happen. You an also book mark the "Did You See This" page to catch up on later.