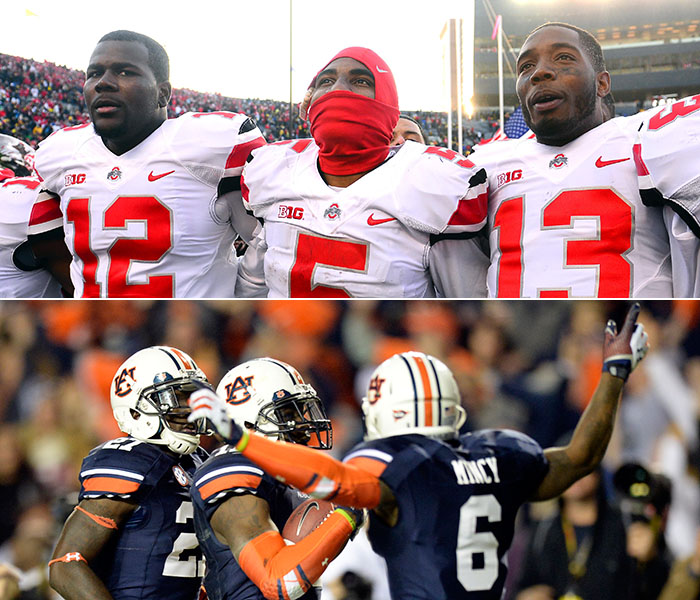 Ohio State was a double winner on Saturday. First, it scored a thrilling 42-41 win over Michigan that saw the Buckeyes squelch a two-point conversion in the waning seconds that would have won the game. Next, No. 1 Alabama lost a wild 34-28 game at Auburn.

What?s it mean? OSU may be poised to move to No. 2 in the BCS standings.

[ MORE: Dienhart: This Ohio State-Michigan game was a "classic" ]

Last week, Alabama was No. 1 in the BCS standings, Florida State was No. 2 and Ohio State was No. 3. But the loss by the Crimson Tide and win by the Buckeyes figure to push OSU to No. 2.

[ MORE: See all the best photos from Ohio State at Michigan ]

The net impact of these events could push Ohio State to No. 2 in the BCS standings. That would mean a win over Michigan State in next week?s Big Ten title game would put the Buckeyes in the BCS title game for the first time since making back-to-back appearances after the 2006-07 seasons. OSU won the BCS crown after the 2002 season under Jim Tressel vs. Miami (Fla.).