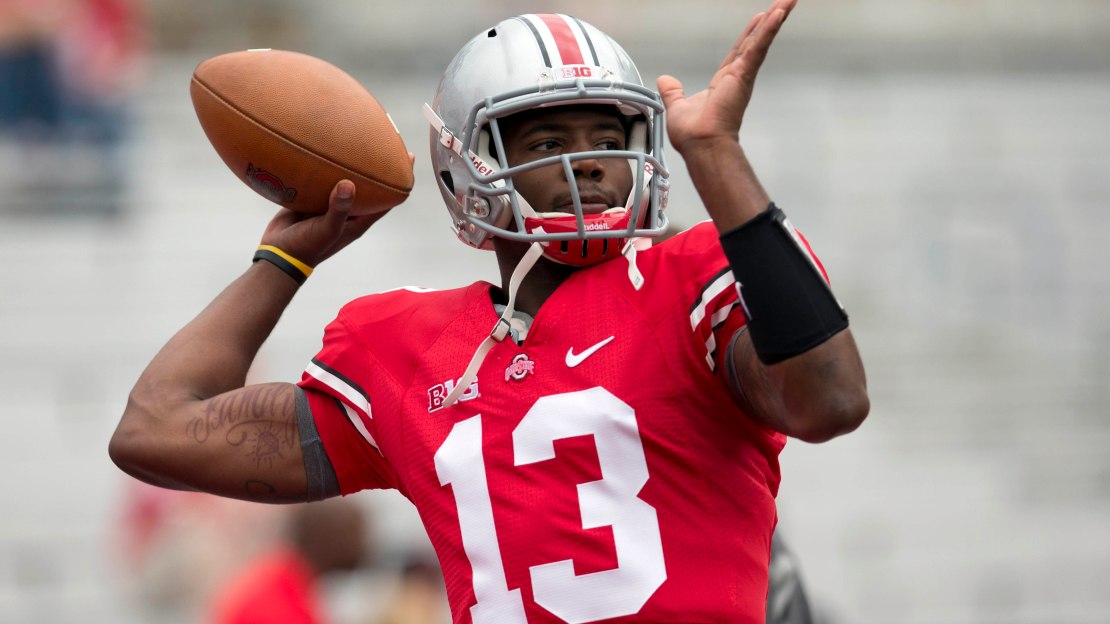 Today, the Ohio State Buckeyes will try to finish the regular season undefeated for a second consecutive year when they play ?The Game? in Ann Arbor. For one young fan, a few moments of camera time on the scoreboard at Ohio Stadium, earlier this year, made the 2013 season one he?ll never forget.

In 2012, Cameron, 10, had a tough year. After his family moved from Dayton, Ohio, to Austin, Texas, in the spring, Cameron struggled with bullies at his new school. While the school intervened, the confrontation triggered Cameron?s obsessive compulsive disorder.

His reaction was enough for Cameron?s family to move back to Ohio last winter.

Trying to boost his son?s morale, Cameron?s father, Demitri, bought tickets to the Oct. 19 game between the Buckeyes and Iowa in Columbus. In the fourth quarter, cameras caught an excited Cameron and his emotions were projected on the jumbotron for the entire sell-out crowd to see.

In the two weeks that followed, buzz about ?the kid on the scoreboard? on Buckeyes message boards brought Cameron?s story to the attention of fans and individuals at the university. Students and alumni stepped up and gave the family tickets to the Penn State game, where Cameron was able to meet Ohio State Interim President Joseph Alutto, the mascot, Brutus, and a few of the Buckeyes cheerleaders.

For Cameron, the highlight was meeting his favorite player, Maurice Clarrett.

?It was just a great night,? Demetri said. ?Everything that everybody did for Cameron was just overwhelming.?

The following week, Cameron again watched the Buckeyes win. During the game against Purdue, Cameron was able to get the attention of Ohio State quarterback Kenny Guiton.

?Every time [Guiton] came off the field, Cameron wound point to him and yell, and [Guiton] would point and smile back at him,? said Demitri. ?Guiton pointed to him about three or four times? he was pretty happy about that.?

Cameron?s impact was more than a few glances from players on the sidelines, however.

Having learned about Cameron?s issues with bullies, Ohio State fans have given money to anti-bullying organizations. One organization, PACER?s National Bullying Prevention Center, sent Cameron a note praising him for inspiring the donations. Demetri will visit the organization?s meeting in February to speak about bullying from the parent?s perspective as well.

?I think what he?s been through, it really made him untrustworthy of people,? Demetri said. ?This has kind brought that back. The majority of people are good, they really are kind, and they really are caring.?

To learn more about PACER?s anti-bullying programs, go to: http://www.pacer.org/bullying/