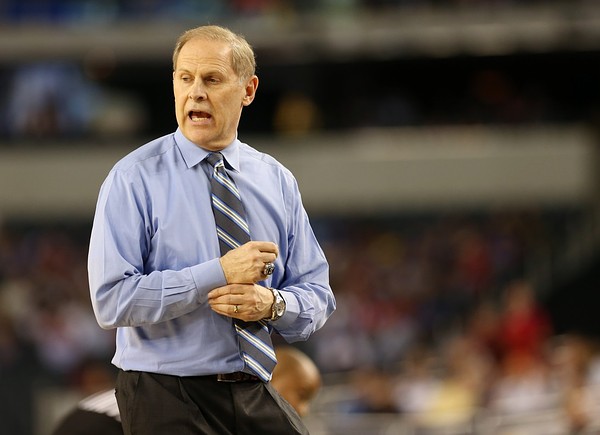 There was a quartet of Big Ten men's basketball games on Sunday. Nebraska took down Georgia, Penn State walloped Longwood, Purdue topped Siena and Michigan fell to Charlotte in the Puerto Rice Tip-Off title game. Catch up on all the day's scores and stats in this post.

CHARLOTTE 63, MICHIGAN 61 | RECAP | BOX | PLAY-BY-PLAY
(AP) Nik Stauskas scored a game-high 20 points, but Terrence Williams put back his own miss with 0.4 seconds left, giving Charlotte a stunning 63-61 victory over No. 14 Michigan on Sunday night in the championship game of the Puerto Rico Tip-Off.

NEBRASKA 73, GEORGIA 65 | RECAP | BOX | PLAY-BY-PLAY
(AP) Tai Webster scored 13 of his 14 points in the second and Nebraska rallied to take seventh place at the Charleston Classic with a 73-65 victory over Georgia on Sunday. The Cornhuskers (4-2) had watched close games slip away their first two days in the eight-team tournament and were trailing the Bulldogs 51-48 with under 10 minutes left. That's when Webster led Nebraska on a 23-13 run to close the game and avoid a 0-for-3 trip to South Carolina's coast.

PENN STATE 93, LONGWOOD 67 | RECAP | BOX | PLAY-BY-PLAY
(AP) Brandon Taylor scored a career-high 25 points as Penn State surged in the second half to dispatch Longwood 93-67 on Sunday. Taylor was joined in double figures by D.J. Newbill with 23 points and Ross Travis, with 11 points and 13 rebounds. The unselfish Nittany Lions (4-1) piled up 25 assists, eight by point guard Tim Frazier and seven by Newbill, who also chipped in with nine rebounds.

VIDEO: @BoilerBall moved to 5-0 with today's win over Siena. WATCH all the top highlights – http://t.co/zsZuolNtwH