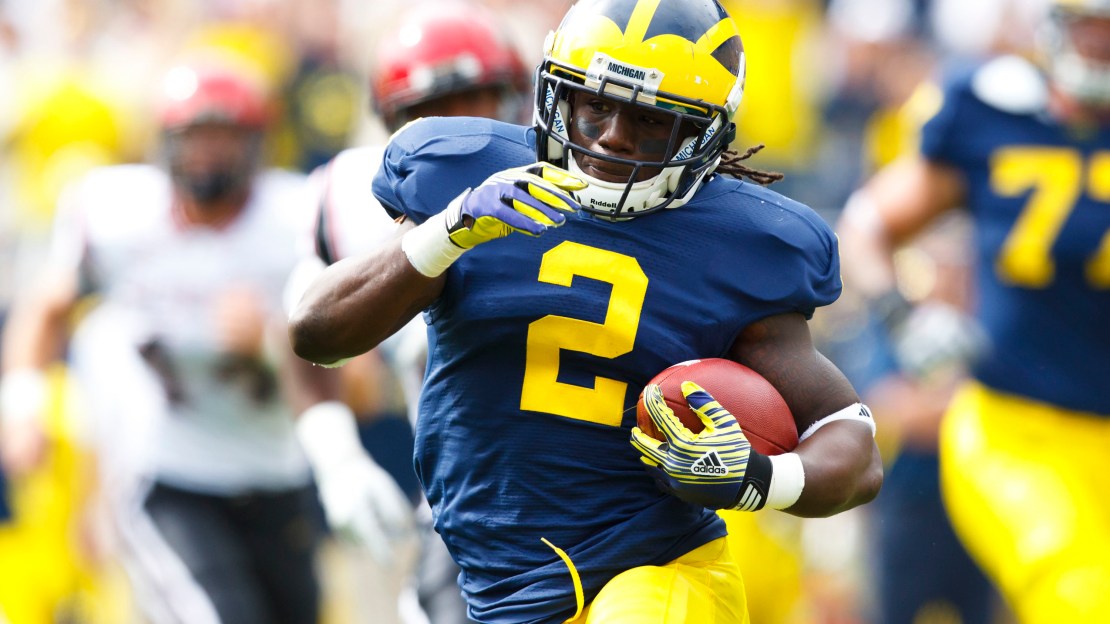 While that hit may have been one of the lasting images of the 2012 college football season, Smith?s work off the field is leaving a more enduring impact on his hometown.

Smith, along with former Michigan teammates and Pahokee, Fla. residents Martavious Odoms and Brandin Hawthorne, achieved what most kids in the town dream of: playing Division I football. But when they left Ann Arbor with degrees in hand they did something even less common.

They returned to Pahokee, a town with approximately 6,500 residents.

?It means a lot to the city of Pahokee to have these young men return home and become active in the community,? said Pahokee Mayor Colin Walkes. ?It is my hope that more will follow their lead.?

Pahokee and the region around it was once the winter vegetable capital of the world and a major food supplier to the Allied soldiers in World War II. The region is known as ?The Muck? for its fertile soil that allowed its agriculture industry to thrive. But an evolving economy and movement in the sugar industry displaced many jobs in the area. By the 1990s unemployment was well above the national average, crime rates soared, and education worsened.

Smith, Odoms and Hawthorne are building an urban garden to help boost the economy in a town that no longer has an adequate grocery store. The garden will provide healthy food to the residents and revenue from sales at regional farmer?s markets. The project will also include nutrition education and elementary school programming by teaching kids the value of hard work, community service, and sustainable living.

?Pahokee is where I was born and raised,? Smith said. ?It has a high rate of obesity for kids, so this is a healthy and nutritional way to provide for everyone. The area is surrounded by agriculture but we don?t have any organic stores or fresh vegetables. I know I can have a major impact on my community because the youth looks up to me.?

The group teamed up with Urban GreenWorks, a Miami-based environmental organization that specializes in urban gardens, and the Pahokee Housing Authority and Pahokee Deliverance Christian Center to come up with the garden plan.

The foundation of the garden has already been built with sunflower seeds, plantains, and sugarcanes planted.

?It?s awesome that they came back home to provide some social services to our citizens,? said Pahokee City Commissioner Diane Walker. ?It?s refreshing to see a group of young men taking the time out of their schedules to care for the community.?

Smith, Odoms and Hawthorne are now raising money to fund the project through 2014 using Indiegogo. The goal of $15,000 will fund the Pahokee garden for next year. Smith hopes to continue to grow the garden and possibly expand it, helping the town that once thrived on its agriculture do so once again.

The Indiegogo campaign ends on Nov. 30 and donations can be made by visiting http://www.teameating.com

For more information about the project go to: http://www.hopeforpahokee.com