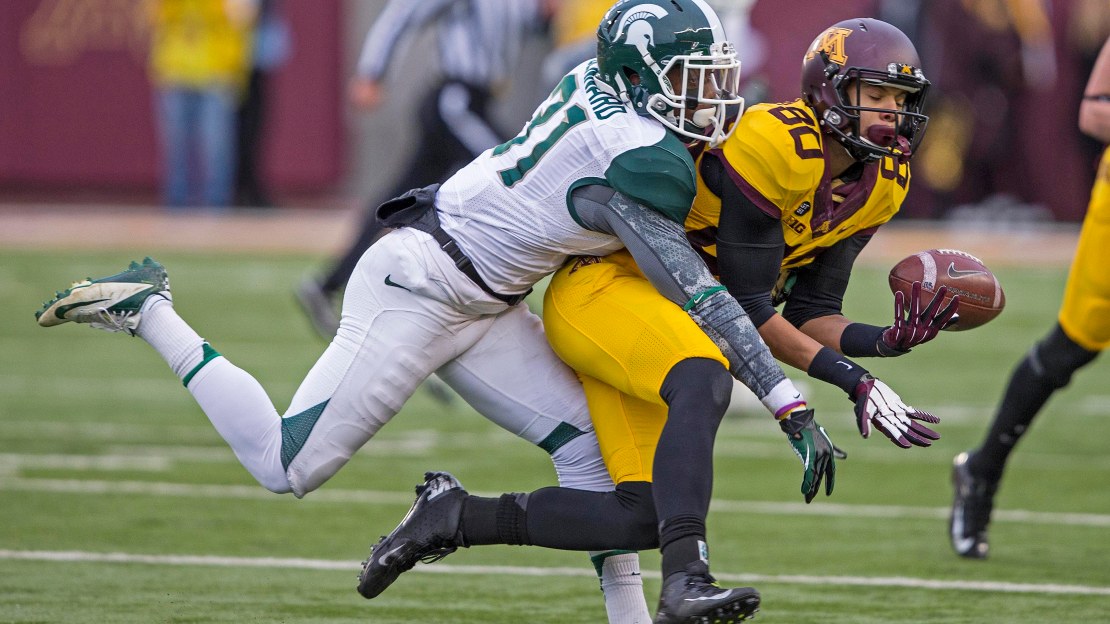 Tonight on "The Journey: Big Ten Football 2013" presented by Best Buy we learn how Michigan State cornerback Darqueze Dennard went from unknown recruit to one of the Big Ten?s best defensive players. We also track how Penn State freshman quarterback Christian Hackenberg has quickly learned the intricacies of Bill O?Brien?s system, and how Ohio State defensive back Christian Bryant has remained a contributor despite being sidelined by injury. The show airs Wednesday at 7 p.m. ET on BTN/BTN2Go.

Follow BTN?s popular documentary-style show ?The Journey? on Twitter and go behind the scenes with show producers running @BTNJourney for updates, photos, videos and more. They?re also on Facebook, Instagram, and now Storify, too.

#BTNJourney documented Christian Bryant during his rehabilitation from his broken ankle. Find out how his presence is stillwith the Buckeyes. Watch 'The Journey' on Wednesday 7pm ET-6pm CT