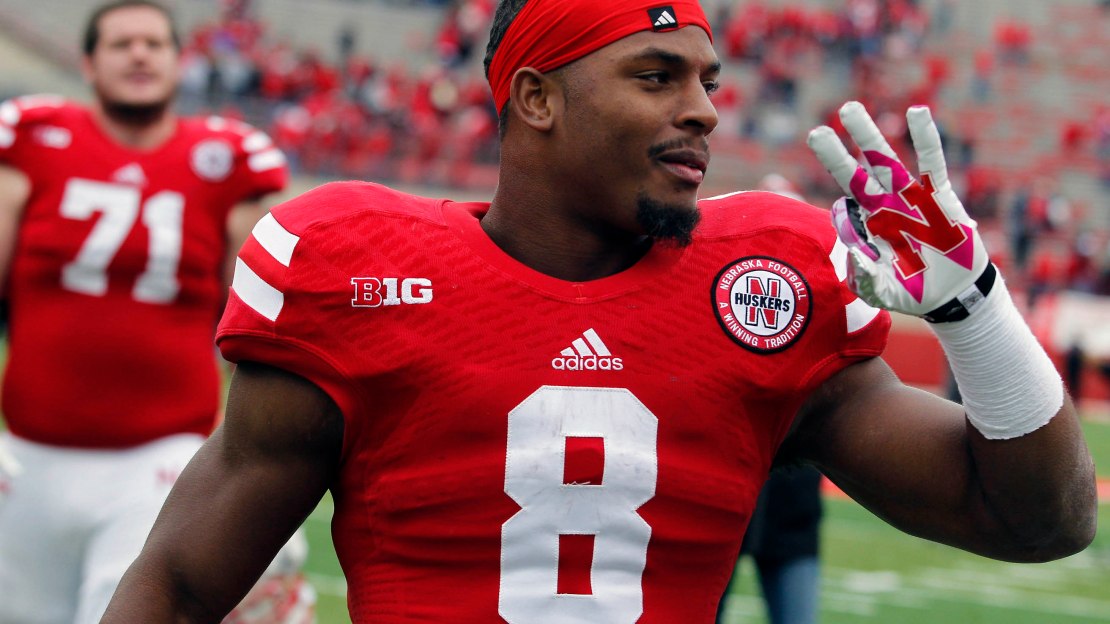 So many good running backs to choose from, so few spots on the all-conference team to fill. That?s the conundrum that Lee Barfknecht of Omaha.com is dealing with. I feel his pain. So, let?s start daily links there. Nebraska?s Ameer Abdullah gets one spot. The other? That?s a toughie. Ohio State?s Carlos Hyde? Wisconsin?s Melvin Gordon or James White? Minnesota?s David Cobb? Michigan State?s Jeremy Langford? Indiana?s Tevin Coleman? So difficult.

Me? I would go with Abdullah and Hyde. But that?s just me.

It was amazing to see former Penn State quarterback Matt McGloin start and win for the Raiders last Sunday. David Jones of Pennlive.com has a nice piece on the inspiring McGloin.

Jones says this was a guy who encountered not only a ton of negative feedback but ready excuses for his failures. And yet he kept coming. An amazing journey for a former no-star recruit.

This just in: Urban Meyer says he is done talking about the BCS and its various scenarios. I, for one, stand and applaud the decision. I wish more would follow suit.

I like this: Tom Izzo says instead of yelling at players, he?s going to just take them out of the game. Branden Dawson and Matt Costello are the first victims.

Graham says MSU?s win over No. 1 Kentucky messed with the axis of the Spartans? season. It sped up what cannot be hurried, forced MSU to spend an evening as its midseason self, before fixing its early season faults. You can?t do that without consequences. At some point, you have to return to the beginning. MSU is just figuring itself out, beginning to identify secondary roles, set its rotation and finding an offensive identity.

It?s Axe Week! That may not mean much to those outside of Wisconsin and Minnesota. But, believe me, it?s a big deal. And what better guy to be the face of Paul Bunyan?s Axe Week than burly and bearded Wisconsin nose tackle Beau Allen, the personification of Paul Bunyan himself. Check him out in this video talking about the rivalry.

Overly cautious play calling? Yep, that?s what some are accusing of Northwestern.

Well, honestly, NU?s issues extended beyond that during a confounding six-game losing skid. But, hey, it?s a starting point.

Dirk Chatelain of Omaha.com has an interesting piece noting that another hard-working Nebraska senior class will leave school without a signature accomplishment. Hard to believe, but he?s right.

Chatelain points out that for seniors who have poured five years into the program, it's hard to stomach. For Husker fans who have endured a longer bout of heartache, it feels all too familiar. Truth is, Nebraska hasn't won a really big game since Oct. 27, 2001, when the top-ranked Huskers beat No. 2 Oklahoma.

That is hard to believe. I was at that game. I feel honored to have been a part of what I didn?t know at the time would be history-dubious history, but history, nonetheless.

I always enjoy the perspective on things from Scott Dochterman of the Cedar Rapids Gazette. The guy is smart. Here are his latest bowl projections.

Wisconsin in the Orange Bowl? Minnesota in the Gator Bowl? I likey.

"A lot of heat's come on him for our offensive line not playing well, but coach Funk's one of the best coaches I've had, personally," Lewan said. "And he sticks on those guys, he knows how to coach those guys. He knows how to get them fired up, when to get on them, when not to get on them."

With Fitz Toussaint nursing a concussion, Michigan turned to true freshmen Derrick Green and De?Veon Smith at Northwestern. And, the results were pretty good.

Nick Baumgardner of Mlive.com says the freshman thumpers gave Michigan two runners that, regardless of how bad a play was blocked, were going to find a way to at least fall down in a positive direction. Green finished the day with 19 carries for 79 yards, Smith with 8 for 41, officially. Combined, that's an average of 4.4 yards per rush. The difference, at least Saturday, between a Green-Smith running game and a Toussaint-based running game basically came down to size, with a little bit of vision.

Urban Meyer says the BCS is a "flawed system." And this is news? http://t.co/4IWw1bjX7B

Apparently to some people. Honestly, a four-team playoff isn?t ideal, but it?s a start. I would really like an eight-team playoff.

Call me whatever you want, but I don't think Michigan or Ohio State should EVER tinker a uniform during that game. Ever.

Brady Hoke on Fitz Toussaint starting Saturday at RB vs. Iowa: "We'll see where we shake out at the end of the week."

Michigan may be OK with the freshmen.

It is pretty cool.

In other news, water is wet.