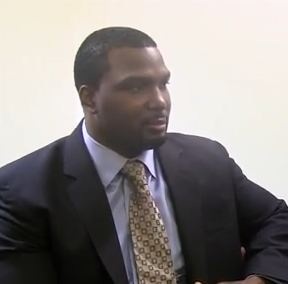 One former football player lost his battle, but a Northwestern grad stepped in to make a long-term impact in his honor.

In 2000, Rasul "Rocky" Clark was paralyzed from the neck down when he was tackled while playing football for Eisenhower High School outside Chicago. After Clark passed away in 2012, his story inspired Napoleon Harris to act.

Harris? path has been notable for football fans. He grew up in Dixmoor, a southern suburb of Chicago. After lettering in football and basketball at Thornton Township High School - where he was a teammate of former Indiana quarterback Antwaan Randle-El - Harris took his talents to Evanston.

While playing football at Northwestern, Harris earned All-Big Ten honors in 2000 and 2001 and played well enough to be selected in the first round of the 2002 NFL Draft by the Oakland Raiders. Harris led the Raiders? defense as they advanced all the way to Super Bowl XXXVII, before losing to the Tampa Bay Buccaneers.

He retired from football before the 2009 season, and came home to Chicago, where he immediately invested in his home town. His passion for improving his community led to an important decision: Harris would run for an available State Senate seat in 2012.

His winning ways translated from the field to the ballot box, and Harris won the seat representing the 15th District in 2012.

Harris? first piece of major legislation was presented earlier this year, and was inspired by Clark?s story. The bill, nicknamed ?Rocky?s Law,? stipulates that Illinois schools must offer catastrophic insurance coverage for student-athletes.

Clark?s mother was on hand when Illinois Governor Pat Quinn signed the bill into law.

To learn more about Rocky?s Law and other work Harris is doing in the Illinois State Senate, go to: http://senatornapoleonharris.com/