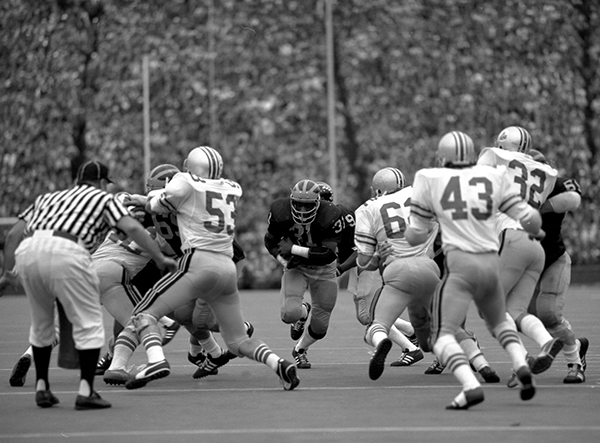 BTN Originals premiered Tiebreaker, the network?s first feature-length documentary, Saturday night. The 60-minute show painted an indelible portrait of college football?s most storied rivalry and examined the aftermath of the 1973 Ohio State-Michigan game that ended in a 10-10 tie. With both teams tied atop the standings, Big Ten Athletic Directors voted to send Ohio State to the Rose Bowl. Michigan's Bo Schembechler called the decision ?the lowest day of my athletic career.?

Watch game footage and interviews with the key players from the 1973 game at BTNTIEBREAKER.COM and choose the team you think should have represented the Big Ten Conference in the Rose Bowl.

See what Big Ten fans had to say about Tiebreaker on Twitter:

#Tiebreaker on @BigTenNetwork was a great watch! FWIW – I would have sent tOSU too Burt! #rivalriesneverdie

@BigTenNetwork Congrats on a fantastic documentary. The '73 10-10 game will never end with this compelling and thought provoking story.

Bravo @KevinShaw23 & Matt Engel! "Tiebreaker" was awesome. If you didn't catch the debut just now on @BigTenNetwork watch or record a replay

@BigTenNetwork #Tiebreaker is a fantastic documentary. Thank you for airing it. But still…Michigan got screwed that year.

Just finished #Tiebreaker on @BigTenNetwork. Well done & thoroughly enjoyed watching. Worth watch if you're a #GoBlue or that other team fan

Check out all of our Tiebreaker videos below.