Dienhart: Offense wins this one for Spartans 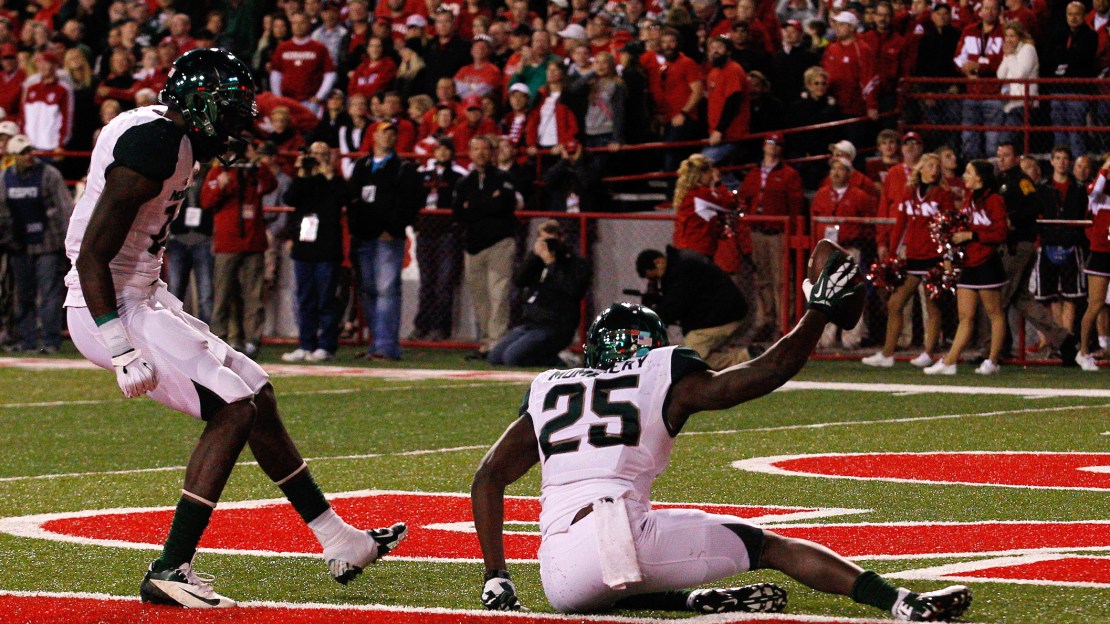 Yes, the Michigan State defense is really good. But, it was the offense that won this big game at Nebraska.

"That whole offense, (Connor) Connor included, this whole year they have just gotten better and better and better,? said MSU linebacker Max Bullough. ?I don't know if there's many guys out there or many teams that can take the stuff they took at the beginning of the year and last year, saying they couldn't do anything. They just keep chugging and keep coming to work and keep going to practice, and it's shown. They deserve the success they've had. Connor deserves the success he's had. He's a great kid, a great football player, and he's worked his tail off. I think that's something that people are finally starting to notice. They're starting to get the production."

The Huskers out gained Michigan State, 392-361. It was the most yards MSU has allowed all season. If not for five Nebraska turnovers, the outcome of this game may have been different. Still, it was the MSU offense that stepped up-along with a key fake field goal to keep a late drive going–and made the key plays down the stretch when the Huskers got to within a touchdown of taking the lead on two occasions (20-14; 27-21) in the second half.

The main man? MSU running back Jeremy Langford. He has been the guy carrying the load as the team has gained momentum down the stretch. And he came up big again today. Langford carried 32 times for a career-high 151 yards and three touchdowns. It was his sixth 100-yard rushing game in a row. During this skein, Langford has rushed for 721 yards and nine touchdowns.

Credit must be given to the offensive line. The unit was maligned in 2012 because of injury, as chemistry and continuity were elusive. But the unit has congealed this season, led by left guard Blake Treadwell, left tackle Jack Conklin and center Jack Allen.

This also was a signature victory in 2013 for Michigan State. Without a doubt, Nebraska was the biggest foe it has beaten. And this also is the Spartans? first win ever vs. the Huskers after losing the previous seven meetings. Last year in East Lansing, MSU was done in by a late touchdown pass. In 2011 in this venue, Nebraska sat on the Spartans. But that seems like ancient history on this day.

Michigan State is now 9-1 overall and 6-0 in the Big Ten. The win over Nebraska clinched at least a share of the Legends Division title and a return to the Big Ten title game for the second time in three seasons is on the horizon. But the Spartans want so much more. It?s time to start dreaming big for a program that hasn?t been to the Rose Bowl since the 1987 season.

Think about how close this Spartans team is to being unbeaten. The lone blemish was a 17-13 loss at Notre Dame on Sept. 21 that very easily could have been a victory. The Fighting Irish took advantage of a MSU trick play that backfired and four pass interference calls vs. the Spartans.

Since that setback, Michigan State has reeled off six victories in a row to put itself firmly in control in the Legends Division with a two-game lead over Nebraska and Minnesota. The Spartans play at Northwestern next week and finish the season at home vs. Minnesota.

This win by Michigan State, coupled with Ohio State?s 60-35 demolition of Illinois, puts us closer to a Spartans vs. Buckeyes Big Ten championship game. Is there any better scenario? Nope.

It?s difficult to recall that this Michigan State program was coming off a 7-6 season in 2012 that left many scratching their heads. Time and again last year, the Spartans lost close games, dropping five games by four points or less in an excruciating season. In 2010-11, when the program posted back-to-back 11-win seasons, Michigan State went 9-1 in games decided by 10 points or less.

This year, there have been no such worries about close games. The narrowest victory for MSU has been a 12-point triumph (26-14) at Iowa. Otherwise, the Spartans haven?t had close calls in victory.

Where does Nebraska go from here? The Cornhuskers were coming off two inspiring victories, pulling out a Hail Mary finish vs. Northwestern and then methodically taking down Michigan in Ann Arbor. It was enough to buoy hopes in Lincoln, positioning the Cornhuskers to seize control of the Legends Division and get positioned to return to the Big Ten championship game with a victory over Michigan State. But now?

?I just left the locker room with the kids and they were disappointed,? said Nebraska coach Bo Pelini, whose team likely would have benefited if injured Taylor Martinez had played. ?I told them that I'm proud of them. I'm proud of the way that they fought.

?I liked our plan, I really did. I thought we had a good plan. We didn't always execute, I think, offensively. I liked the way we were attacking them. There were some things there. There were many things we left out on the field. Overall, our guys fought. We didn't get it done. Now our challenge is to regroup ? .?

The Huskers are 7-3 overall and 4-2 in the Big Ten. The two wins before this may have been a bit of fool?s gold. Nebraska plays at Penn State next week, and the Nittany Lions have lost just once (to UCF) at home. Then, the Huskers finish at home vs. a tough Iowa team. The point: Nebraska could finish on a three-game losing skid. It will be fascinating to see how the Cornhuskers rebound next Saturday in Beaver Stadium. For MSU, the dream season marches on.

?It shows we have a solid foundation but we need to continue to coach, and play and play up and continue to climb the latter,? said Dantonio. ?You want to be where we are at, at the end of the season. I think it was a statement for a lot of people, for recruits and for everybody else."