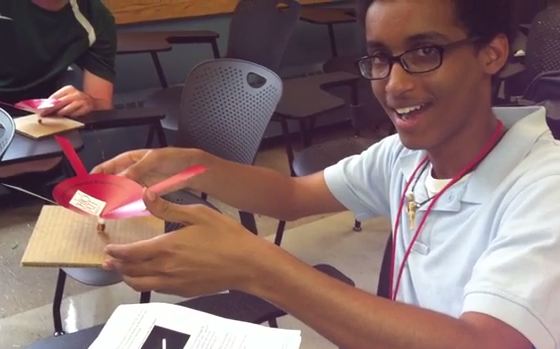 YSP has prepared nearly 3,000 Ohio students for college success, and has made it possible for nearly 800 students to become first-generation college graduates. The program consistently provides more than 15 percent of Ohio State?s diverse student population.

When YSP students enter Ohio State, they receive a full financial package covering up to five years of college education.

YSP also works with parents to become more involved in the students? learning, and hundreds of parents and siblings have earned their GED and college degrees though involvement in the program.

The C. Peter Magrath University Community Engagement Award, which comes with a trophy and $20,000, was presented to Executive Vice President and Provost Joseph Steinmetz and Vice President for Diversity and Inclusion and Chief Diversity Officer Valerie B. Lee at the APLU?s 126th annual meeting in Washington DC.

For more information about what the Young Scholars Program is doing through Ohio State, go to: http://odi.osu.edu/current-students/young-scholars-program/