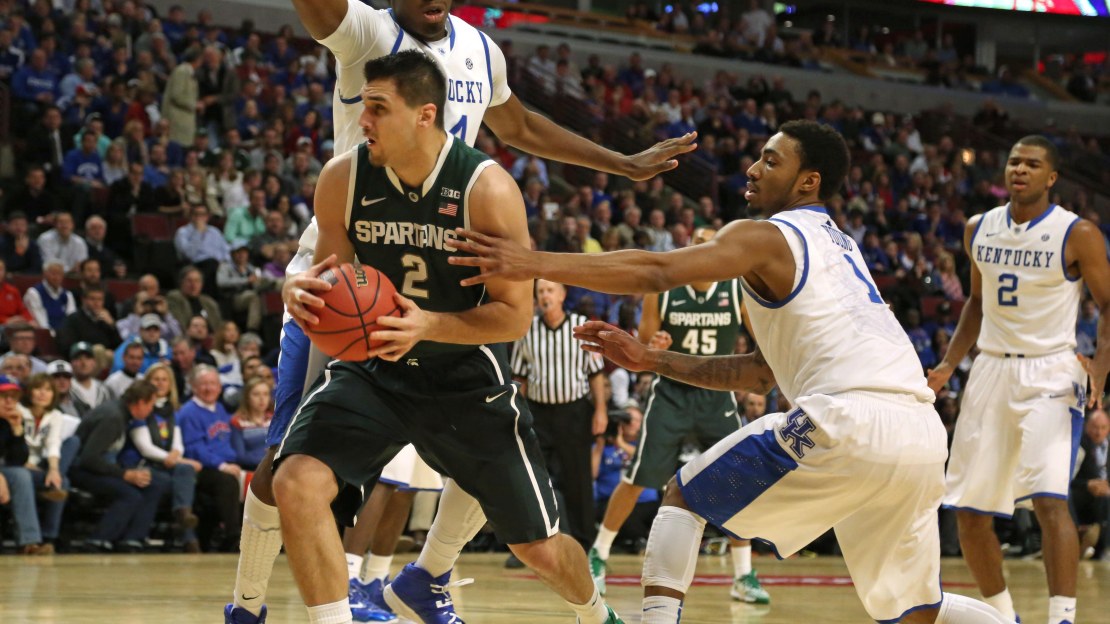 College basketball took center stage in the sports world Tuesday night as four of the nation's top five teams were in action at the Champions Classic in Chicago. Michigan State edged out Kentucky in the first game of the night, 78-74, while Kansas got the best of Duke in the nightcap, 94-83. Let's go ahead and point out the top moments from what was an unforgettable night of college hoops.

[ MORE: Despite what Spartans say, this win meant something ]

Great shot from atop the United Center for tonight's #ChampionsClassic pic.twitter.com/5SiUnpKNWe

This is a great view from atop the United Center during the Michigan State vs. Kentucky game. The arena was packed to the brim to watch four of the top teams in the nation battle it out on Tuesday night.

Keith Appling when asked about the win – "It's a great win, but at the same time we didn't accomplish anything tonight. There's still a long season ahead of us."

Tom Izzo interrupts, "Didn't accomplish anything… What the heck are you talking about?"

In this economy this is hard to say, but the people who paid $700 for the 2 basketball games in Chicago today, got their $'s worth

Yes, Randle's incredible night came in a losing effort, but 27 points and 13 rebounds in his first major college basketball game in pretty darn impressive, any way you look at it. This kid is going to be a superstar.

Kansas was impressive, but it was Tom Izzo's club that stole the show Tuesday night. The Spartans were there to answer every punch that Kentucky threw at them. Defense and experience wins championships, and Michigan State has plenty of both.