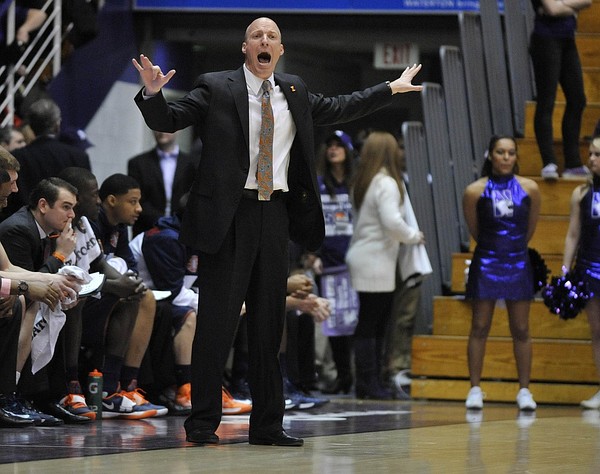 Both Illinois and Purdue notched impressive early season wins Wednesday night. Purdue blew out Central Connecticut 109-73, while Illinois edged out Valparaiso, 64-52. In the third Big Ten game of the evening, Penn State fell to Bucknell, 80-90. Get game recaps, stats and video highlights from all three games in this post.

(AP) Steven Kaspar scored 25 points and Cameron Ayers added 19 as Bucknell defeated Penn State 90-80 in a wild, back-and-forth game between two nearby Pennsylvania rivals Wednesday night. Penn State (1-1), led by D.J. Newbill (18), Ross Travis (17) and Brandon Taylor (17), found itself in foul trouble early. Taylor fouled out and playmaker Tim Frazier was held to 13 points and played much of the second half with four fouls.

One of the top backcourts in the Big Ten? No doubt! Frazier to Newbill for the one-handed flush. #orvillemoment – http://t.co/sazson4w3o

(AP) Terone Johnson scored 17 points to help Purdue defeat Central Connecticut State 109-73 on Wednesday night. It was the highest point total by a Purdue team since scoring 119 against LIU-Brooklyn on Nov. 14, 1997.

(AP) Rayvonte Rice scored 18 points and Illinois fought off a second-half charge by Valparaiso Wednesday for a 64-52 win. The Illini (3-0) led by eight at halftime. But the Crusaders (2-1) clawed back to within two at 49-47 with an 8-0 run capped by a 3-pointer by Bobby Capobianco with 6:43 to play.

Best name in the B1G? Maybe. One of the best dunkers? Absolutely! @IlliniHoops junior Nnanna Egwu with a big slam – http://t.co/RvCoiVamH5

Joseph Bertrand can flat out fly! Watch the @IlliniHoops senior soar in for the follow-up dunk! #orvillemoment – http://t.co/mQqz7VXpJt

MUST WATCH: @IlliniHoops guard Rayvonte Rice gets the bucket and the foul, and then has a message for the camera! – http://t.co/Jw7O0FgT1G