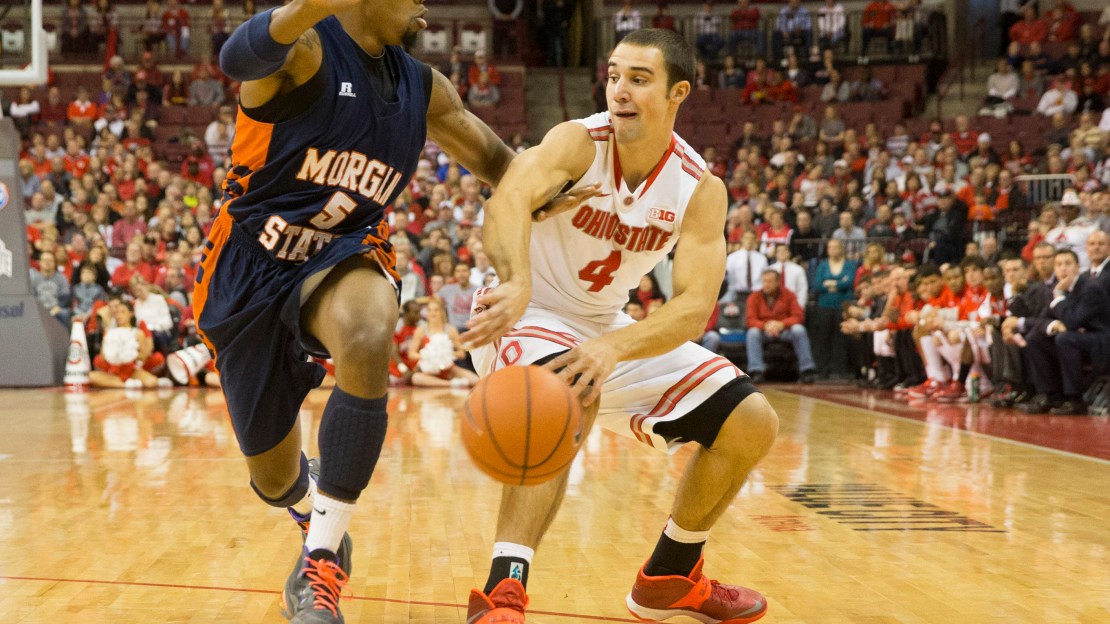 The Big Ten placed a nation's best 10 players on the John R. Wooden Award preseason top 50 list, released Tuesday. Michigan State led the way with three players (Keith Appling, Gary Harris and Adreian Payne), while Michigan (Mitch McGary and Glenn Robinson III) and Ohio State (Aaron Craft and LaQuinton Ross) also made the list. A freshman made the cut, too. See all the representatives in this post.

VIDEO: We love @umichbball Glenn Robinson III alley-oops. We hope you do, too. #orvillemoment WATCH – http://t.co/pXGIQjmdPB

The biggest of all the snubs has to be Frazier. I realize he's coming off a serious injury that cost him pretty much all of last season and that he plays for Penn State, an under-the-radar program, but he's a former first-team All-Big Ten honoree. Prediction: If Frazier stays healthy all season, there's no way he isn't one of the nation's top 50 players.

The 38th annual Wooden Award ceremony will honor the Men's and Women's Wooden Award winners, and will include the presentation of the Wooden Award All-American Teams. The event will take place the weekend of April 11-12, 2014.