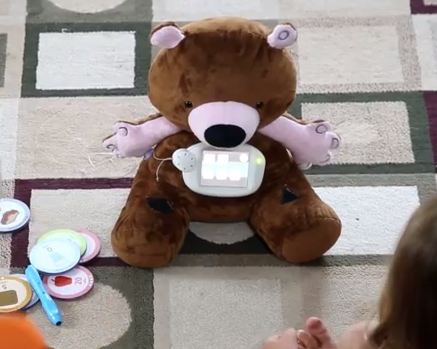 In 2009, a group of Northwestern students won an award for having the ?Most Creative Project? from the Diabetes Mine Awards with their concept for a bear that would help children diagnosed with type-one diabetes learn about their disease.

Since that date, Jerry the Bear has been brought to market and is already helping more than 200 kids.

With its $5,000 prize, the group launched Design for America, a nationwide network of interdisciplinary student teams and community members using design to create local and social impact.

?Design for America has grown into a network of college students across the country,? said Sami Nerenberg, the director of operations at Design for America. ?Students are working in an extracurricular setting to think about how they use their education to improve the lives of others.?

Hanna Chung, one of Design for America?s founders, won a pitch competition in October at Fortune?s Most Powerful Women Summit for her presentation of the Jerry the Bear product.

And that?s just one of a growing number of awards Design for America has recently collected.

Two other Northwestern graduates created SwipeSense, an affordable, data-driven, hand hygiene dispenser for reducing hospital-acquired infections. SwipeSense was a finalist in the Wall Street Journal?s Start-Up of the Year competition in November.

The wide range of subjects being tackled by members of Design for America reflect the spirit of collaboration at the heart of the organization.

?Our mission is to create leaders of innovation, and impact the implementation of Design for America,? said Nerenberg.

The network now consists of more than 2,000 students, and its first West Coast hub launches later this month in San Francisco, where Design for America will host its first alumni summit Nov. 22-23.

For more information about Design for America, go to: www.designforamerica.com.