Mailbag: Our expert tackles your questions 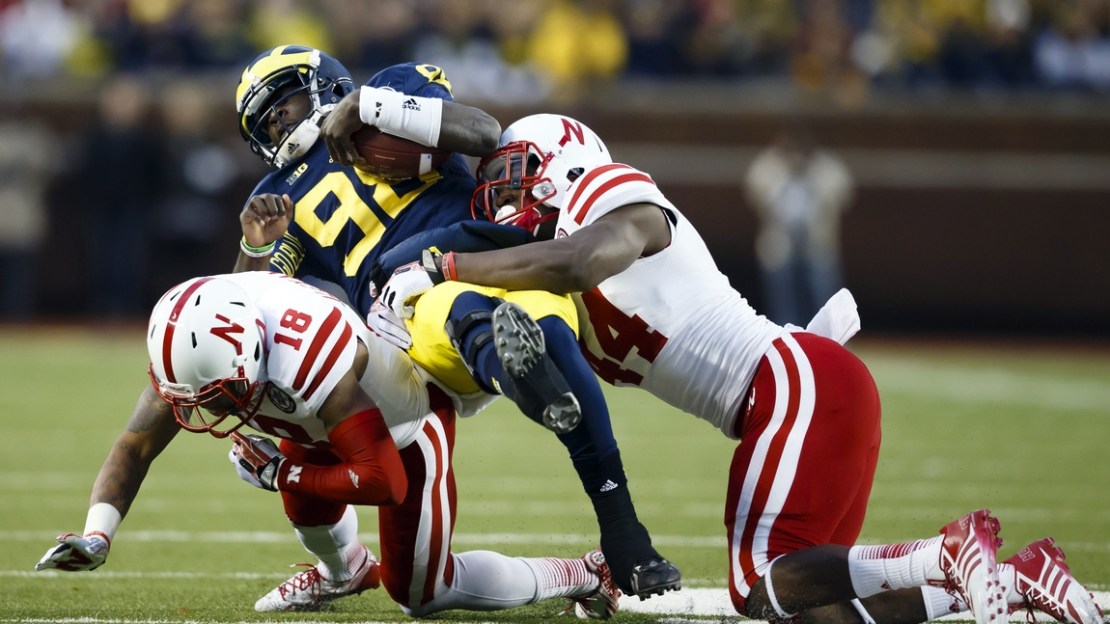 The cards and letters keep coming in. Thanks. And, by the look of things, many of you are excited about what Minnesota is doing. No doubt, to be 8-2 and riding a four-game winning streak is pretty incredible. Michigan has many flummoxed. And Nebraska?s rise has stirred the masses.

Let me dig in on answering some of your letters.

Let's get to your notes. And if you have new questions – football or basketball –  scroll down to the bottom. I read all of my mail. I'm also on Twitter via @BTNTomDienhart.

As far as skill positions (QB, RB, WR, TE, DB) go, Urban Meyer is still for the most part using players he inherited from Jim Tressel. How different will things look once every player is a Meyer recruit? – Jonathan

They should look as good-if not better-once the roster is loaded with Meyer recruits. But, it won?t be markedly different. Look, Ohio State always is going to have good players. And Meyer inherited some good ones from Jim Tressel. Guys from the 2013 class like running back Ezekiel Elliott, athlete Dontre Wilson and receivers James Clark and Corey Smith will continue to blossom.

OSU has commits from 2014 studs like receivers Curtis Samuel and Terry McLaurin who will make an impact. Bottom line: The talent will remain good in Columbus. The big difference: Meyer is recruiting players who fit his offensive scheme. That?s where you?ll see the difference.

Why does Michigan?s offensive line appear to be digressing? It seems to be completely bewildered with any blitz package. -Kenneth Gay

It is a conundrum. These guys still are young, so better days are ahead for a unit that has had to replenish its depth. How bad was it? When Brady Hoke arrived, there were only eight scholarship offensive linemen. This year, of the 15 scholarship guys on the o-line, 10 are in their first or second season. Hoke inked two offensive linemen in 2011. But of those two, only Chris Bryant is still around.

I saw the Nebraska game in the Big House. The Wolverines need to devise an offense that moves quickly if they want to succeed. – Mike Hardy

When you have a unit that?s struggling to block, you have few options. No doubt, it appears Michigan needs to get the ball out quickly to the edges and let its players try to make plays in space. As for running the ball, the Wolverines need to let Devin Gardner do his best impersonation of Denard Robinson. That?s the only way Michigan has effectively run the ball with any consistency in 2013. I know the staff wants a more traditional/power attack, but it?s time to swallow pride and just move the ball anyway possible. That means reverting to the ?Shoelace? attack.

Do you think the Gophers are that much better, or are they just playing teams whose defenses aren't that good? – Brian

True, Minnesota?s resume lacks a lot of marquee victories. The best has been the 34-23 victory over Nebraska. And last week?s 24-10 triumph over Penn State was impressive. The Gophers will get opportunities to impress the last two games, when they play host to Wisconsin and travel to Michigan State. Those are two of the three best teams in the Big Ten and will be good measuring sticks. This is an improved Minnesota team. More importantly: It?s a confident Minnesota team-and that often means more than having great players.

Tommy Armstrong, Jr., tossed three interceptions vs. Minnesota and Northwestern. This could be the difference against a strong defense like Michigan State this Saturday. He lacks the breakaway speed that Taylor Martinez possesses that can literally change the outcome of a game. Is Martinez really not needed to beat Michigan State or Ohio State? – Stephen Johnson

No doubt, Martinez?s speed is special and game-changing, but he?s pedestrian as a passer. And a lack of playing time also impacted his timing as a runner. I think the Nebraska offense is better off getting its rushing yards from Ameer Abdullah and the tailback spot. Let Armstrong work as a passer, a skill he?s better at than Martinez, to take advantage of the Huskers? array of wideouts. Yes, Martinez is special, but the Huskers are humming well on offense with Armstrong at the controls. Good thing, because reports indicate Martinez is done for the season.

Nineteen Big Ten losses in a row for Illinois and it gets a "C" from you in your Saturday wrap up column? I wish you were my teacher in high school. – Henry Votsmier

I wish I was my teacher in high school! Well, that grade was for this past Saturday only. It wasn?t a grade to encompass the last two-plus years of Illinois? losing skein. The Illini were average vs. Indiana last week. The offense did its part and looked good. The defense? It was awful. Add it all up, and a ?C? seems about right.

Will Minnesota go to the Rose Bowl? -Jerry Petersen

Whoa! I?m not sure about that. Yes, it?s still a possibility. First, the Gophers have to win the Legends Division. That will require finishing with victories over Wisconsin and Michigan State-and then getting help in the form of losses by MSU and Nebraska. Minnesota then would have to win the Big Ten title game, likely facing Ohio State. So, add it up, and the prescription for Pasadena would be wins vs. the top three teams in the Big Ten, along with a big dose of help. That?s all.

No doubt, often times coaches of highly successful programs get overlooked when it comes to handing out hardware. It seems we assume they should win, given the built-in advantages inherent in jobs like the Ohio State gig. But, as you point out, that?s not fair. There is lot of pressure to not just win, but to win big at places like Ohio State. Meyer is doing that. He no doubt will be a top contender-and would be very deserving.