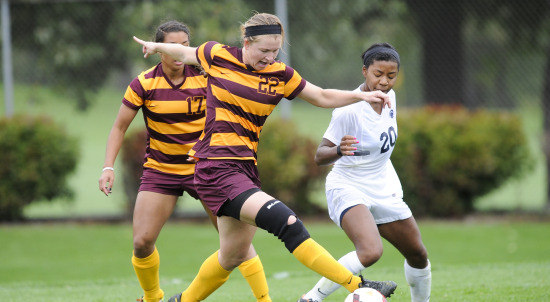 A conference record eight Big Ten women?s soccer teams will compete in the 2013 NCAA Division I Women?s Soccer Championship, it was announced on Monday. Illinois, Indiana, Iowa, Michigan, Minnesota, Nebraska, Ohio State and Penn State all earned berths to the national tournament, which begins on Friday. The previous record of six Big Ten teams occurred in 1998, 2002 and 2010.

The first round of the NCAA Women?s Soccer Championship will be played on Friday and Saturday. The second and third rounds of the tournament are scheduled for Nov. 22 and Nov. 24, while the quarterfinals will be played Nov. 29 and Nov. 30. The 2013 NCAA Women?s College Cup will be held at WakeMed Soccer Park in Cary, N.C., with semifinal games on Dec. 6 and the championship match on Dec. 8.

All Times are Eastern