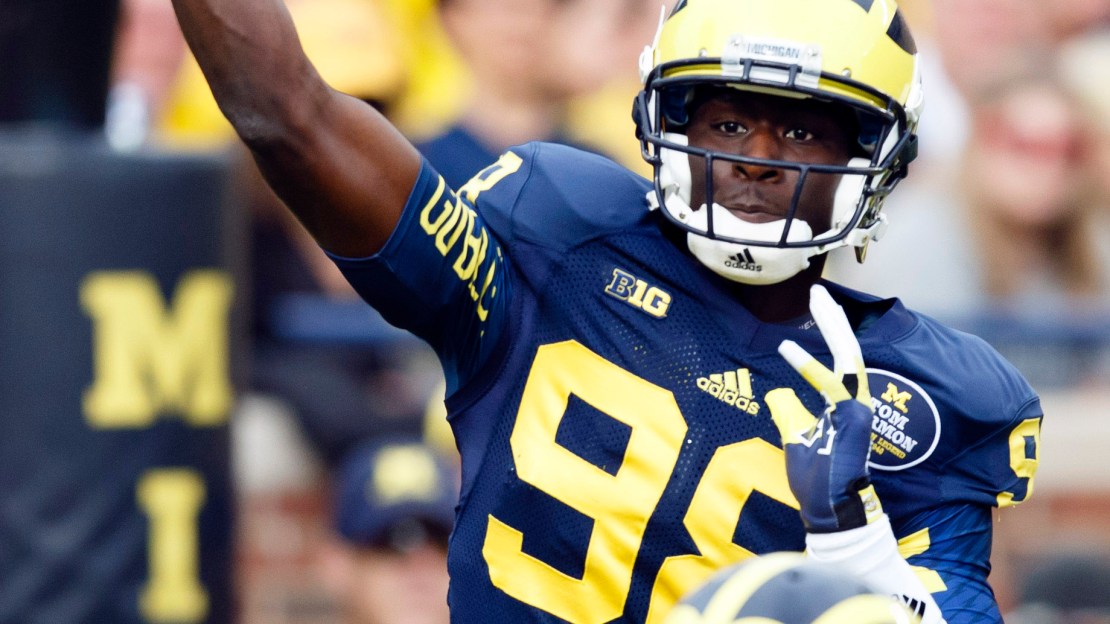 Saturday is almost here. Can you feel it? Can you sense it? Every team gets four downs to make something happen. So, why not me? That?s the idea here. Here?s what?s running through my mind as I dream fancifully about Week 11 of the Big Ten season.

1. Penn State will lose at Minnesota. If the Nittany Lions have been consistent at one thing, it?s struggling on the road. In its two true road games at Indiana and at Ohio State, Penn State has been outscored a combined 107-38. When you go on the road, you need to take a good defense. And that has been absent.

2. Michigan quarterback Devin Gardner is going to enjoy a bounce-back game vs. Nebraska. The Cornhuskers are allowing 399.9 yards to rank No. 8 in the league. The Wolverines will be determined to rebound from last week?s moribund effort at Michigan State that saw Michigan have just 168 yards and -48 yards rushing in an ugly 29-6 loss.

3. Illinois? Big Ten losing skid will reach 19 games with a defeat at Indiana. The Fighting Illini lack the offense to match the prolific Hoosiers attack point for point in what figures to be a shootout.

4. This one is simple: Iowa will win at Purdue to become bowl eligible. Good thing, because may not win again with games left vs. Michigan and at Nebraska.

1. The Illinois at Indiana game is going to feature a lot points. The Hoosiers are last in the Big Ten in scoring defense (37.8 ppg), while the Fighting Illini are No. 10 (32.5). IU averages 42 points, while Illinois averages 29. See where I?m going with this?

2. Wisconsin is going to have issues with BYU. The Cougars have a balanced attack, averaging 252 yards rushing and 258 yards passing. If BYU can keep the Badger front off balance, the Cougar attack could thrive. Ask Texas, which allowed 679 yards and 550 yards rushing in a 30-21 defeat that cost the Longhorn defensive coordinator his job. Standout BYU QB Taysom Hill must be contained. Easier said than done.

3. Minnesota running back David Cobb run of 100-yard games will continue when Penn State visits. He has eclipsed the century barrier in each of the last three games, with 103 at Northwestern, 138 vs. Nebraska, and 188 at Indiana. Cobb also ripped San Jose State for 125 yards. He has been one of the biggest revelations in the Big Ten, notching 803 yards rushing since taking over when Donnell Kirkwood got hurt. PSU allows 150.5 yards rushing.

4. Iowa will run early and often vs. Purdue, which has the No. 10 rush defense in the Big Ten (211.8 ypg). Yes, the Hawkeye ground attack has struggled in Big Ten play, but it will thrive in Ross-Ade Stadium. Look for Mark Weisman to have his first 100-yard rushing game since he burned Minnesota for 147 back on Sept. 28.

1. I can?t recall ever seeing a Big Ten offense struggle as much as Purdue?s has in 2013. Even if the unit was averaging 100 yards more per game, it still would be last in the Big Ten. The unit has been shut out the last two games, which hasn?t happened since 1953. And, it should be three shutouts in a row when you consider the Boilermakers? lone TD vs. Nebraska game very late on a bomb with the Huskers leading 44-0. The most points Purdue has scored in a game is 24. And it has scored seven or fewer in four games.

2. Taylor Martinez won?t play at Michigan because of injury, and he?ll be missed. Tommy Armstrong has started when Martinez hasn?t been able, but he has had his ups and downs. In fact, Armstrong has tossed three picks in each of the last two games he has played (at Purdue; Northwestern), hitting just 21-of-47 passes for 216 yards with one touchdown pass.

3. It?s absolutely mind boggling to think that Purdue hasn?t taken a snap in the red zone since a 55-24 loss at home to Northern Illinois on Sept. 28. And, I don?t think the Boilermakers will take a red zone snap this Saturday vs. Iowa.

86, points Indiana has scored the last two games ? and lost both.

7, seasons in a row Iowa has had a positive turnover margin. The only school with a longer such skein is Alabama with 13.

11, Nebraska freshmen who have started at least one game, the most in the Big Ten.