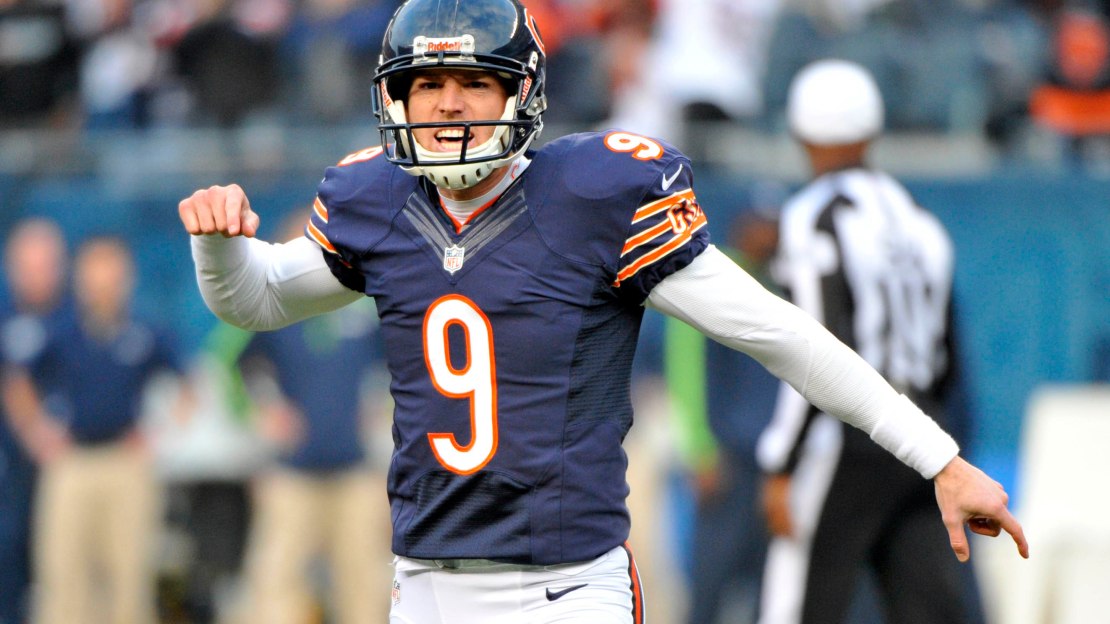 Tonight on Monday Night Football, the Chicago Bears and Green Bay Packers renew their epic rivalry. For almost a full decade, Chicago kicker Robbie Gould has been in the middle of one of the most heated match-ups in the NFL.

After spending four years at Penn State, Gould wasn?t on anyone?s short list for the NFL Draft. He wasn't drafted in 2005, but nine years later he ranks second in Chicago Bears? history in scoring, is one of the most accurate kickers in NFL history, and has been to a Pro Bowl and a Super Bowl.

Now, Gould is using his ability to impact those around him to LiveB1G and help others.

Just as Gould was overlooked heading into the 2005 NFL Draft, he realized there are people in the community around him who are being overlooked every day. In 2011, he took action and founded ?The Goulden Touch,? a charitable organization that works with individuals and organizations in need around the Chicago area.

The Goulden Touch reaches a wide range of needs around Chicago with fundraising opportunities and events, and has given more than $100,000 to those organizations over the last three years.

There are four areas where the Goulden Touch focuses its efforts:

In these four areas, the foundation partners with area organizations like the Lurie Children?s Hospital in Chicago, Humana Vitality, Working in the Schools (WITS), Cycle for Survival and Mooseheart Child City and School.

The marquee event for the organization is the Goulden Touch Invitational, an annual golf tournament. This year?s Invitational featured some great names in Chicago sports history, including Stan Mikita, Jim McMahon, Toni Kukoc and Kevin Butler.

This past summer, a local restaurant offered ?The Goulden Burger? to support WITS, an organization that offers tutoring and mentoring programs to Chicago Public School students. The partnership raised $5,000 for WITS.

During the Bears? bye week (Oct. 27), Gould greeted hundreds of runners at the Run for the Gould 5K and Kids Dash in suburban Kildeer. And on Nov. 12, the Goulden Touch will partner with the United Way North-Northwest to host a bowling event titled ?Strike Gould.?

Gould also donates his time, money and effort to a number of other organizations.

Click here to learn more about The Goulden Touch.