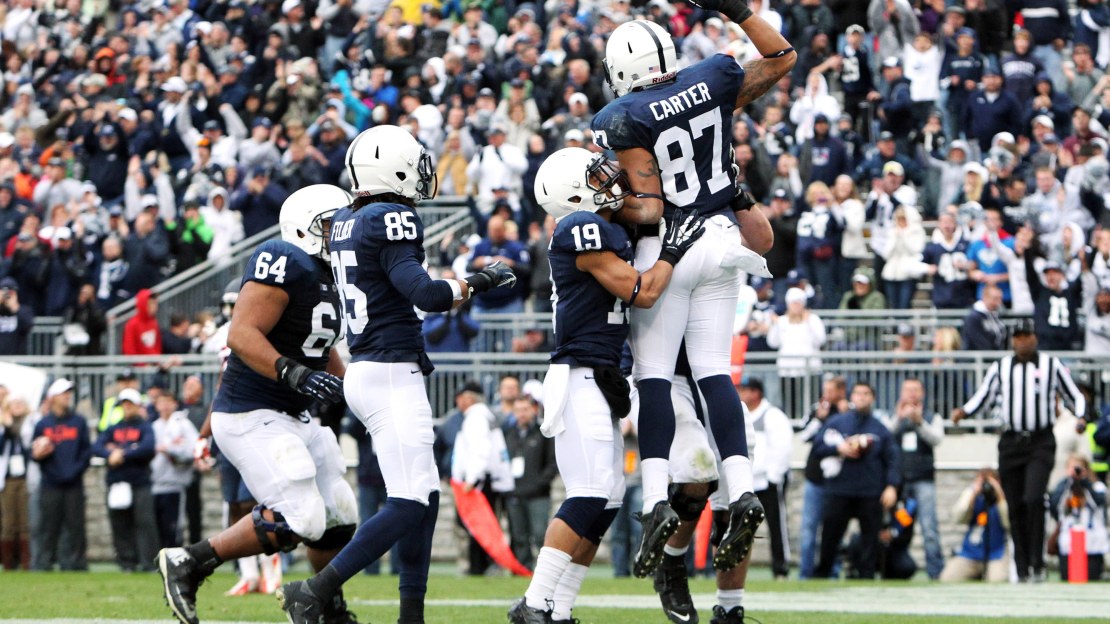 Looking for Week 10 highlights, stats and game stories? Well, you've come to the right place. Catch up on all the day's best highlights and check out all the stats and action from Week 10 in this post.

NEBRASKA 27, NORTHWESTERN 24 | RECAP | BOX | PLAY-BY-PLAY
(AP) Jordan Westerkamp caught Ron Kellogg III's tipped desperation heave to the end zone with no time left Saturday, giving Nebraska a 27-24 victory over Northwestern on Saturday. The Cornhuskers looked like they were finished after Northwestern took a three-point lead with 1:20 left. They started their final drive at their 17 with no timeouts.

VIDEO: Say, @Huskers fans, how would you like to see all of today's top plays? Enjoy! #orvillemoment WATCH – http://t.co/Tzng3kCwuL

MICHIGAN STATE 29, MICHIGAN 6 | RECAP | BOX | PLAY-BY-PLAY
(AP) Shilique Calhoun, Ed Davis and the rest of Michigan State's defense battered rival Michigan on Saturday, and the No. 24 Spartans remained unbeaten in the Big Ten with a 29-6 victory over the 23rd-ranked Wolverines. Michigan State (8-1, 5-0 Big Ten) has won five of the last six meetings with the Wolverines, and this was the Spartans' most lopsided win in the series since 1967.

OHIO STATE 56, PURDUE 0 | RECAP | BOX | PLAY-BY-PLAY
(AP) Doran Grant picked off Purdue's first pass, returning it for a touchdown, and Braxton Miller threw for 233 yards and four touchdowns Saturday as No. 4 Ohio State extended the nation's longest winning streak to 21 with a 56-0 rout at Purdue. The Buckeyes (9-0, 5-0 Big Ten) have not lost in 22 months. Coach Urban Meyer also won his 22nd straight game, tying a personal best established at Florida.

WISCONSIN 28, IOWA 9 | RECAP | BOX | PLAY-BY-PLAY
(AP) James White ran for 132 yards and a pair of late touchdowns as 22nd-ranked Wisconsin overwhelmed Iowa 28-9 on Saturday for its third straight win. Joel Stave added two touchdown passes for the Badgers (6-2, 4-1 Big Ten), who are bowl eligible for the 12th year in a row.