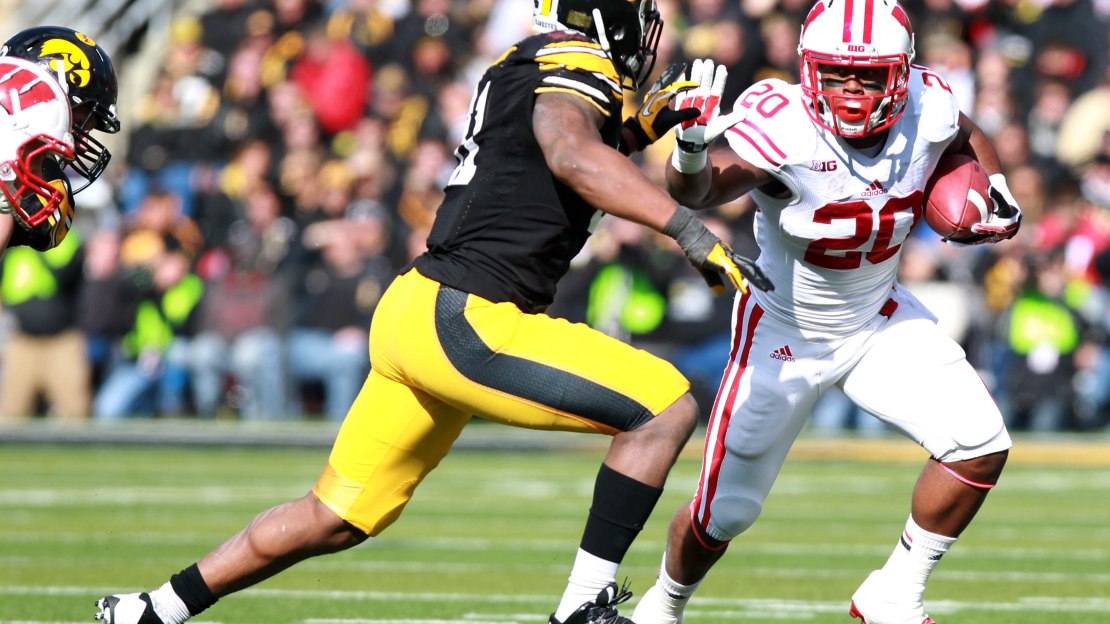 Every Saturday night during the Big Ten football season, BTN.com posts its ?U.S. Marine Corps: Leaders of the Week.? The feature is designed to honor some of the top individual Big Ten performances. Check out our Week 10 stars and highlights in this post.

Michigan State defense. The Spartans were outstanding in a commanding 29-6 win over in-state rival Michigan. Pat Narduzzi's defense held the Wolverines to just 168 total yards of offense and sacked Michigan quarterback Devin Gardner on seven separate occasions. Perhaps most impressive of all– the Wolverines rushed for -48 yards in the game, by far their lowest output in school history. This defense has solidified itself as not only the best in the Big Ten, but throughout the entire country.

Bill Belton, RB, Penn State. Bellton had his best game yet in a Penn State uniform. The Nittany Lions' junior running back rushed for a career-high 201 yards and a touchdown in Penn State's 24-17 overtime victory over Illinois. Belton became the first Penn State player to hit the 200-yard rushing mark since Larry Johnson did it back in 2002.

James White, RB, Wisconsin. White was the star in the Badgers' backfield today, rushing for a game-high 132 yards and two touchdowns in Wisconsin's 28-9 win over Iowa. White scored on runs of 11 and 2 yards, both of which came in the fourth quarter and helped seal the victory for the Badgers.

James Morris, Christian Kirksey, Anthony Hitchens, LBs, Iowa. This trio of Hawkeyes linebackers seem to make their way onto this list on a weekly basis. The group combined for 30 tackles, five of which were for a loss, and a sack in Iowa's 28-9 loss to Wisconsin. Morris led the way with a game-high 12 tackles and a sack, Kirksey had 11 tackles of his own, and Hitchens added seven tackles in the game.

Braxton Miller and Kenny Guiton, QBs, Ohio State. Both Miller and Guiton were near unstoppable in the Buckeyes 56-0 shutout win over Purdue. Miller completed 19-of-23 passes for 233 yards and four touchdowns, which is the second time this season Miller has thrown four touchdown passes in a game. Guiton came in relief and picked up right where Miller left off. The Buckeyes' backup signal caller rushed for 98 yards and two scores, while also adding 59 yards through the air and a touchdown pass.

Philip Nelson, QB, Minnesota. Nelson continues to impress since he has secured the Gophers' starting quarterback spot. The sophomore quarterback completed 16-of-23 passes for 298 yards and four touchdowns in Minnesota's 42-39 win over Indiana. Nelson's four touchdown passes is a career-high.

Ohio State defense. The Buckeyes defense was exceptional in the team's 56-0 victory over Purdue. The group held the Boilermakers to just 116 yards of total offense and totaled six sacks in the shutout win. Junior linebacker Ryan Shazier led the way with seven tackles and two sacks, Noah Spence had a sack and a fumble recovery, and Doran Grant added a 33-yard interception return for the touchdown. The Buckeyes have now outscored their past two opponents by a combined score of 119-14.

David Cobb, RB, Minnesota. Cobb is asserting himself as one of the top rushers in the Big Ten conference. The Gophers junior tailback rushed for a game-high 188 yards and a touchdown in Minnesota's 42-39 victory over Indiana. Cobb has now topped the 100-yard rushing mark in three straight games, all of which have resulted in Minnesota wins.

Jordan Westerkamp, WR, Nebraska. Westerkamp was the recipient of Ron Kellogg's game-winning hail marry pass as time expired, giving the Huskers a memorable 27-24 victory over Northwestern. Westerkamp finished the game with four catches for 104 yards, both of which were career-highs for the Huskers' redshirt freshman.