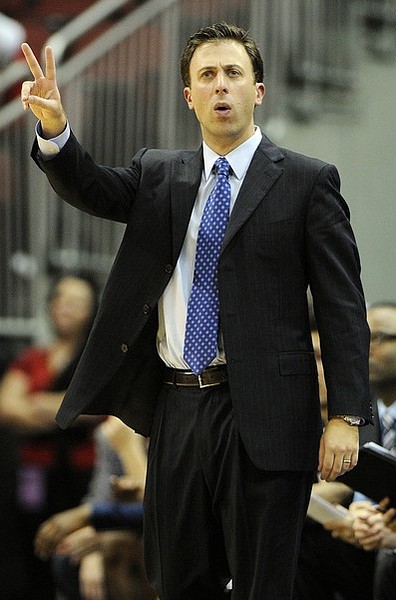 Last year, the Gophers started out strong but ended the season on a low note. Soon after Minnesota was eliminated from the NCAA Tournament, Athletic Director Norwood Teague made a change at the top, dismissing Tubby Smith after 6 seasons at the helm.

Richard Pitino has taken over the program at the ripe age of 31. He's younger than me, and he probably doesn't use Facebook much because it's not cool anymore.

Why now? Granted, Tubby Smith?s tenure at Minnesota was not a rousing success-nor was it a complete failure, as he managed at least 20 wins in 5 out of 6 seasons-but the timing of his dismissal was strange. After all, the 2013 Gophers were probably the best iteration in the Tubby Smith era. So why fire Smith at the high point, as opposed to the low point? At the end of the 2012 season, Minnesota had just finished its second-straight 6-12 conference record, and second-straight year of not seeing its name on Selection Sunday. But Smith managed to hold onto his job, and then go on to his best-ever season at Minnesota. And then he was fired.

I?m speculating here, but I think the reason is because at this point, Minnesota knew what it had in Smith. A capable coach, that would, in most seasons, get the Gophers to be a .500ish Big Ten team to finish on the bubble. For some programs, that?s a fine result (do that at Northwestern, and they?ll build a statue). For Minnesota, apparently that?s not good enough.

Enter Richard Pitino. As you may know, the former Florida International coach has a bit of a pedigree, and it?s fair to guess that might have played a part in his hiring. After all, usually high-major programs require a longer track record than a single season as a head coach, especially if that season consisted of a 5th-place finish in the Sun Belt. But it?s important to remember that an unusual hire is not a bad hire. Prior to his gig at FIU, Pitino was an assistant at both Louisville and Florida, so he?s very familiar on what?s required to run a successful high major program. And because of that, he?s probably aware that this season is not one that?s likely to be all that successful for Minnesota.

First of all, this roster does not return much from last season, although it does feature probably the conference?s most underrated player in Andre Hollins. Hollins was a legitimate 1st Team candidate last year, but instead only made the 3rd Team (media) and Honorable Mention (coaches). If Minnesota struggles again this season, he might continue to be underappreciated. Indeed, Hollins is probably the best point guard in the conference this year.

Joining Hollins in the backcourt is his namesake, Austin, a capable combo guard. The elder Hollins has been a capable shooter over the past two seasons, and an underrated defender. Those defensive chops figure to be put to use this season under Pitino-if we assume his style at FIU will be at least partially implemented.

Florida International was actually one of the top teams in the nation at forcing turnovers, which sounds nice at first. But combine that information with the fact that FIU was just the 6th-best defense in the Sun Belt, and suddenly that?s a very negative fact. Basically, if a team didn?t turn the ball over against the Panthers last season, they were going to score.

To be fair, FIU was a very short team last year (usually, no one on the court was taller than 6-6), but then again, this was low major basketball. There aren?t a lot of skilled 6-9 power forwards at that level. And it?s probably not much of a reach to suggest that forcing turnovers is an entrenched philosophy of Pitino, given that his dad?s team finished 2nd in the nation in defensive turnover rate last year (three spots ahead of the younger Pitino).

But I?m on record that forcing turnovers in the Big Ten is not the best defensive strategy. I also don?t see any reason to back off that now. And remember, once upon a time, Tubby Smith was a coached that wanted to force turnovers. Indeed, Minnesota?s defensive turnover rate jumped in Smith?s first season at the helm. But Smith?s defenses were almost always mediocre, in large part because they did not effectively end opponent possessions with rebounds. Lo and behold, that was also a weakness for last year?s FIU team. 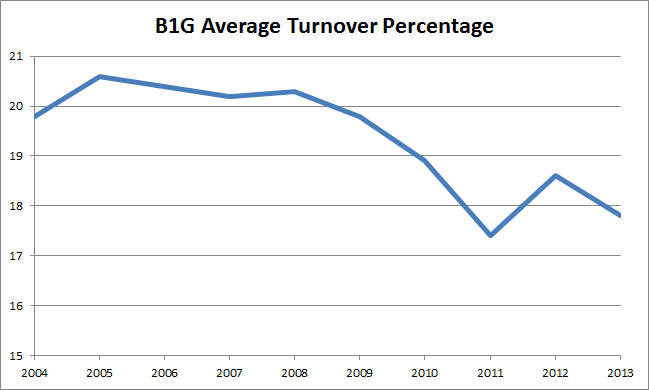 For those that love counterarguments, one could make the case that this means the value of a forced turnover has only increased, as it?s now a rarer commodity. And while there?s some logic to that, it?s tempered quite a bit with the fact that ball security is more under the control of the offense than the defense. Pressing, trapping, playing 10 guys in the rotation, and sacrificing half-court defense seems like a lot of effort to chase something that?s still more luck than skill. In my humble opinion, efforts are better spent on things one can control.

Of course, I don?t want to read too much into how Pitino ran a single low-major team. He probably will adapt his style for his roster and conference, both in the short and long term. Speaking of this year?s roster, the Hollinses are complemented by a bevy of transfers. Deandre Mathieu, Joey King, and Malik Smith all figure to get heavy minutes this year. All of those players-along with the Hollinses-are capable outside shooters. Combined with Pitino?s apparent preference for a healthy perimeter attack, I think we should expect the 3s to fly this season. Sure, the Gophers will probably struggle on the glass and in the paint. But with so many 3s flying, and with the pressure defense on the other end, at least the team will be entertaining.