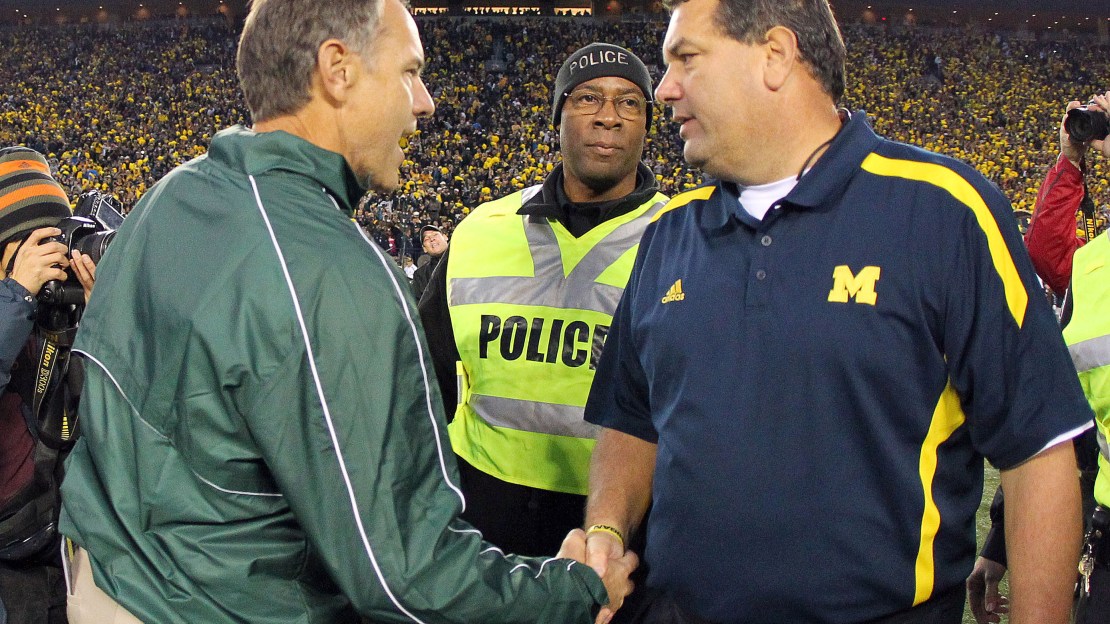 Fitz Toussaint drew plenty of attention for his "little brother" jab at Michigan State following Tuesday's practice. Toussaint said, "We labeled them as a little brother," and that the rivalry is "personal." Read more on Toussaint's comments. On Wednesday night's #BTNLive, Dave Revsine mentioned Toussaint's words to Mark Dantonio and asked if he took the rivalry personal. Watch the full interview above and his classic response below.

Check out this back-and-forth:

Revsine: "Is it personal to you?"

Dantonio: "What do you think?"

Revsine: "You tell me, coach."

Dantonio: "Yeah, what do you think? I think I'm on record on how I feel about this game. I don't think there's any point in going through that. So, I'll just take the, uh, … I'll be candid, OK? So, we'll leave it at that.

And remember, it was just a couple months ago that Denard Robinson also used the "little brother" phrase.