Dienhart: Here's what I learned in Week 9 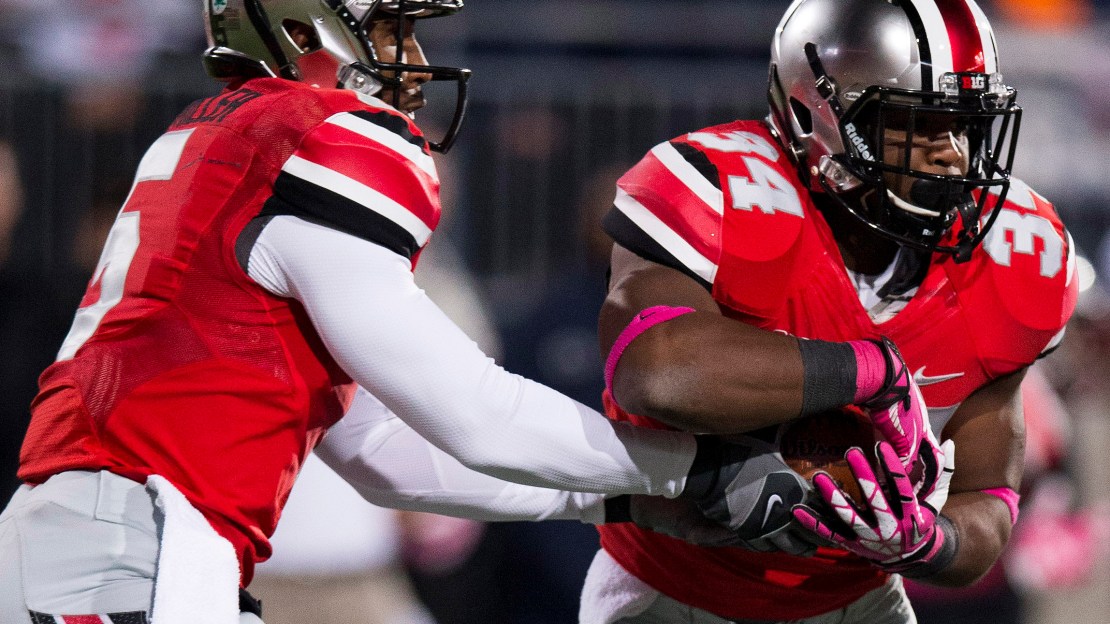 What did I learn in Week Nine? Ohio State and Michigan State are really good-and may be headed for a showdown in Indianapolis. Minnesota is a feel-good story that keeps getting better. Iowa is alive and well. And Northwestern?s season is on the edge.

It?s all right here, and more.

1. Ohio State and Michigan State may be on a collision course to meet in the Big Ten championship game in Indianapolis. These look like the top teams in their respective divisions. And, honestly, I?d love to see them meet. How great would it be to see the Buckeye offense clash with the Spartan defense? Epic.

2. The Buckeyes sent a big statement in dismantling Penn State, 63-14. Ohio State came in No. 4 in the first BCS standings. So, I?m guessing the Buckeyes know they can?t just win the rest of their games. They need to dominate, as there will be few opportunities to play big games down the stretch. So, style points matter.

4. The Minnesota story keeps getting better and better. Not long ago, the Gophers were at a crossroads, losing two in a row-23-7 to Iowa and 42-13 to Michigan–to open Big Ten play after forging a 4-0 start in non-conference action. Then, Jerry Kill announced he would step aside indefinitely to tend to his health issues. What would happen? The Golden Gophers have been galvanized, winning 20-17 at Northwestern and then 34-23 vs. Nebraska. Minnesota is bowl eligible and thinking bigger. Someone call Hollywood.

6. Illinois may go winless in the Big Ten for a second season in row. Saturday?s loss to Michigan State magnified the deficiencies that remain on both sides of the ball for this program. The Fighting Illini still must play at Penn State, at Indiana, vs. Ohio State, at Purdue and vs. Northwestern. The last time Illinois won a Big Ten game? October 8, 2011, at Indiana, taking a 41-20 decision. Since then, the Illini have lost 17 in a row in league action. It will get better someday. I guarantee it.

7. Iowa is in good shape to reach a bowl. The Hawkeyes? 17-10 overtime win over Northwestern was victory No. 5, one more than last season?s total. The Hawkeyes still play Wisconsin, at Purdue, Michigan and Nebraska. This is a tough, resilient team. Credit Kirk Ferentz.

8. Next week?s Michigan at Michigan State is big. No, it?s huge. The Wolverines have one Big Ten loss. The Spartans have no Big Ten losses. (Yes, I know Nebraska has just one league loss, but I can?t lump them in with Michigan and MSU within the Legends.) The winner of the Wolverine-Spartan game will make a big statement in the chase to win the Legends Division crown. By the way: Michigan was off last week, giving it extra prep time for the Spartans.

9. Nebraska is a riddle wrapped in a conundrum. I?m not sure what direction the Cornhuskers go after their stunning 34-23 loss at Minnesota. The defense struggled, once again, even though the Huskers were facing what essentially was a one-dimensional Gopher attack that favors the run. Still, Nebraska couldn?t stop Minnesota, which rumbled for 271 yards on the ground and completed just eight passes.

10. T-Magic is rusty. Really rusty. Taylor Martinez missed the last three games dealing with a turf toe injury. He hadn?t played since Sept. 14 vs. UCLA. And, it showed. Martinez completed only 16-of-30 passes for 139 yards and ran eight times for just 16 yards.