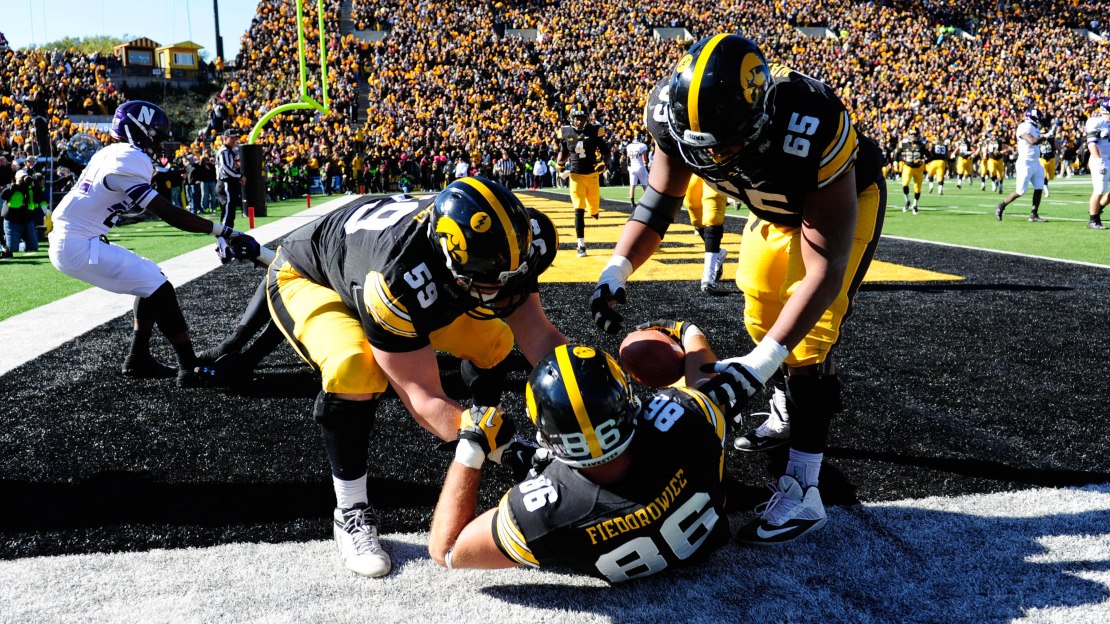 Looking for Week 9 highlights, stats and game stories? Well, you've come to the right place. Catch up on all the day's best highlights and check out all the stats and action from Week 9 in this post.

Ohio State 63, Penn State 14 RECAP | BOX | PLAY-BY-PLAY
(AP) Ohio State was looking for a lopsided win to impress the voters and boost better its BCS standings numbers. The Buckeyes made Penn State paid the price. Braxton Miller passed for three touchdowns and ran for two and Carlos Hyde rushed for 147 yards and two more scores to lead the fourth-ranked Buckeyes to a 63-14 victory over Penn State on Saturday night.

INSTANT HIGHLIGHT: Did you miss a score? Relive all the top plays from @OhioStFootball's win. WATCH – http://t.co/XJ2GHG6DWF

Michigan State 42, Illinois 3 RECAP | BOX | PLAY-BY-PLAY
(AP) Connor Cook threw for three touchdowns and Michigan State's defense locked down Illinois Saturday on the way to a 42-3 win. The Spartans (7-1, 4-0 Big Ten) used a big defensive stand and a back-breaking drive to crush the Illini. Illinois (3-4, 0-3) was trailing 7-3 midway through the second quarter when it failed twice to punch the ball in from the Spartans 1-yard line.

VIDEO: You have to see this TD run from @MSU_Football's Delton Williams. #orvillemoment WATCH – http://t.co/yEayd7Q9Xd

Minnesota 34, Nebraska 23 RECAP | BOX | PLAY-BY-PLAY
(AP) Philip Nelson rushed for two touchdowns and passed for another, guiding Minnesota to a 34-23 upset Saturday of 25th-ranked Nebraska, the first win by the Gophers since 1960 against the Cornhuskers. Nelson made all of his seven completions count, totaling 152 yards, and carried the ball eight times for 55 yards.

VIDEO: Did you see @Huskers' Ameer Abdullah hurdle a defender? It was fantastic! #orvillemoment WATCH – http://t.co/8gwhGdZOqE